Rafael Devers’ 2020 season was somewhat of a mystery to some.

The just-turned-24-year-old was seemingly on his way to MVP consideration after a 2019 season that saw him finish with monster offensive numbers. There was a .311 batting average, .916 OS, 32 home runs and an American League-best 54 doubles.

So to expect another comparable campaign for Devers was certainly a reasonable route to go, a mindset that didn’t surprise Red Sox hitting coach Tim Hyers.

But, then came the reality of Major League Baseball …

“A lot of times we jump to those conclusions, which is fun,” Hyers said when appearing on the Bradfo Sho podcast. “I do it. I love to talk players. I like to see the good in players. And I like to talk to people who like players. But on the other hand this game, there is a lot of adjustability that has to be made from day to day and the other teams with their scouting reports and what technology brings. … They see you. They see the red flags and they see the weaknesses. And it is fast in the major leagues in this day and age. Really fast. You go from Triple-A and you step one day in the big leagues and they know you. Back in the day, eight or 10 years ago, it took two or three weeks for them to figure you out. Now, it’s one day. They already have the information.”

The league did adjust, forcing Devers into some unfamiliar territory.

His swing and miss percentage went up. The number of “meatballs” (middle-middle pitches) he saw went down. He saw more breaking balls. His strikeout rate went way up. His final numbers: A 48-point drop in batting average and an OPS that saw a 123-point decline.

These charts from Baseball Savant helps tell the tale … 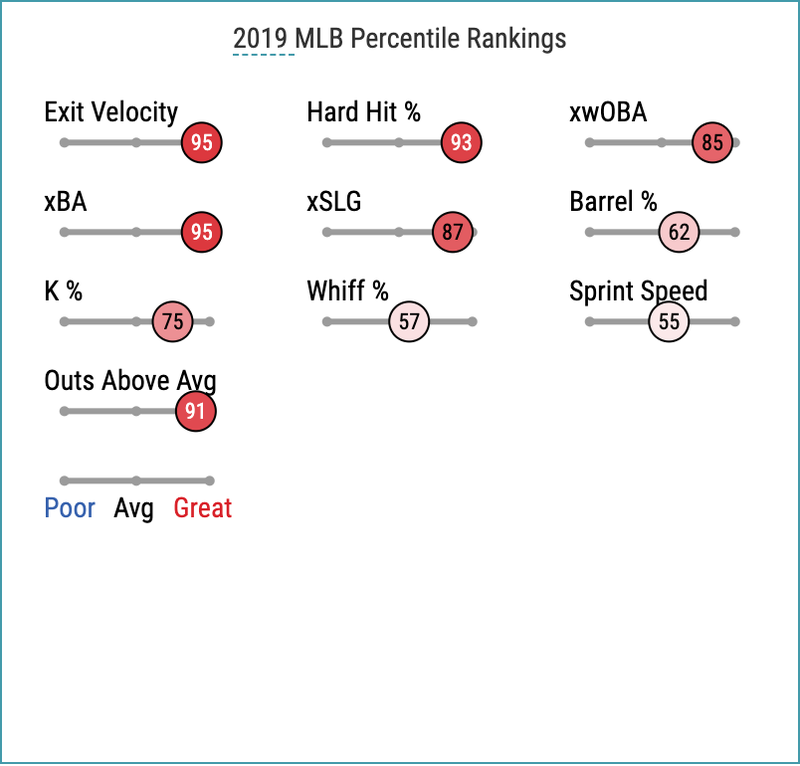 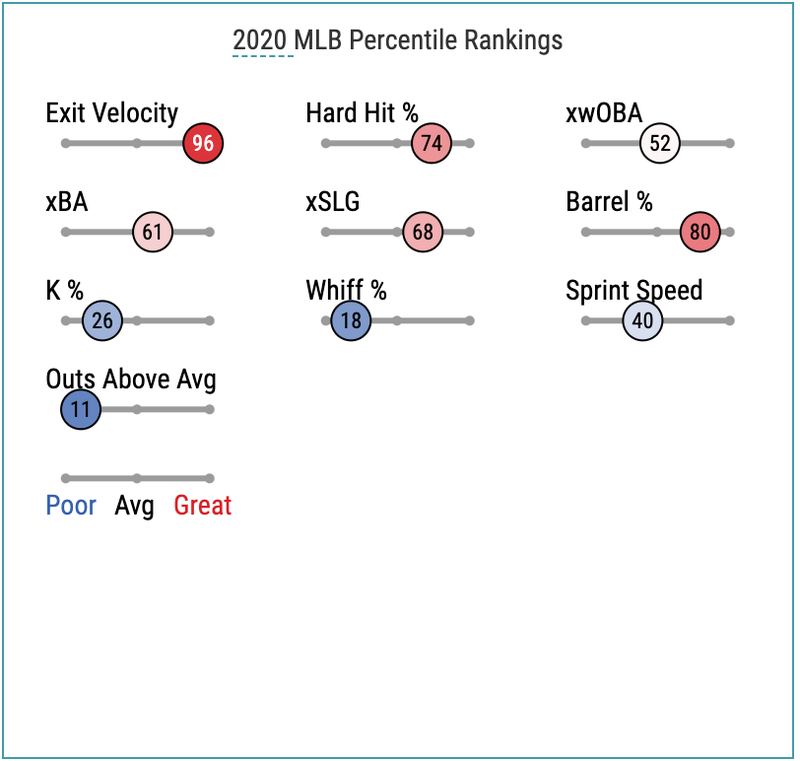 “For Devers, he was connecting (in 2019),” Hyers said. “Last year was unreal. This year, I felt like he thought he could bully his way through the league a little and the league was like, ‘No, we’re not just going to throw cookies down the middle to you. We’re going to make you have an at-bat. Can you be patient? Can you lay off certain pitches?’ I just thought Devers this year thought, ‘Hey, I”m going to pick up and swing at everything.’ He’s got incredible bat-to-ball skills. You see some of the pitches he puts in play. Off his back foot and he hits a line-drive over the first baseman’s head. He has that. It’s very tough on the hitting coaches because you don’t want to tame him too much and smother his aggressive strengths. On the other side is you’ve got to pay attention to what the opposing team is doing and not fall into the traps that they are laying right in front of you. For a player like that, we want him to be aggressive, but we also have to pull him back a lot.”

Fortunately for Devers and the Red Sox, there were signs of his evolution.

In his last 19 games he hit .293 with an .879 OS with seven doubles and five home run in 84 plate appearances. It still wasn’t 2019 (there were only two walks to go with 23 strikeouts during that stretch), but it was clearly a step in the right direction.

“Yes. I really did,” Hyers said when asked if he saw Devers start to find his way as the season wound down. “He corrected a few things in his swing. For Devers if he’s fouling a lot of pitches off that’s when I know something is wrong. He is either swinging and expanding because he’s fouling it off, or there is that little length in his swing or his effort. He gets a little bigger and he loses the barrel of the bat. What happens is now he is having to fight with two strikes a lot more. When he puts the ball in play and ends the at-bat when he should be ending the at-bat … When they throw a nice two-seamer out over the plate and instead of fouling that pitch off he puts it in play and puts it in play hard, he should end the at-bat there. He runs into troubles when he fouls it off. They throws him one up and in and he fouls it off so now he’s behind. That’s not his strength.”