Two MLB teams were punished for recent sign-stealing scandals, though the popular belief is that many other organizations could be guilty of the same or similar wrongdoing.

One of those teams was the Houston Astros who, after a lengthy investigation, had to pay the MLB maximum fine of $5 million, forfeit their first- and second-round draft picks in 2020 and 2021, and deal with the suspensions of manager A.J. Hinch, GM Jeff Luhnow and former assistant GM Brandon Taubman. Hinch and Luhnow were fired as a result, while Taubman was fired for another incident. 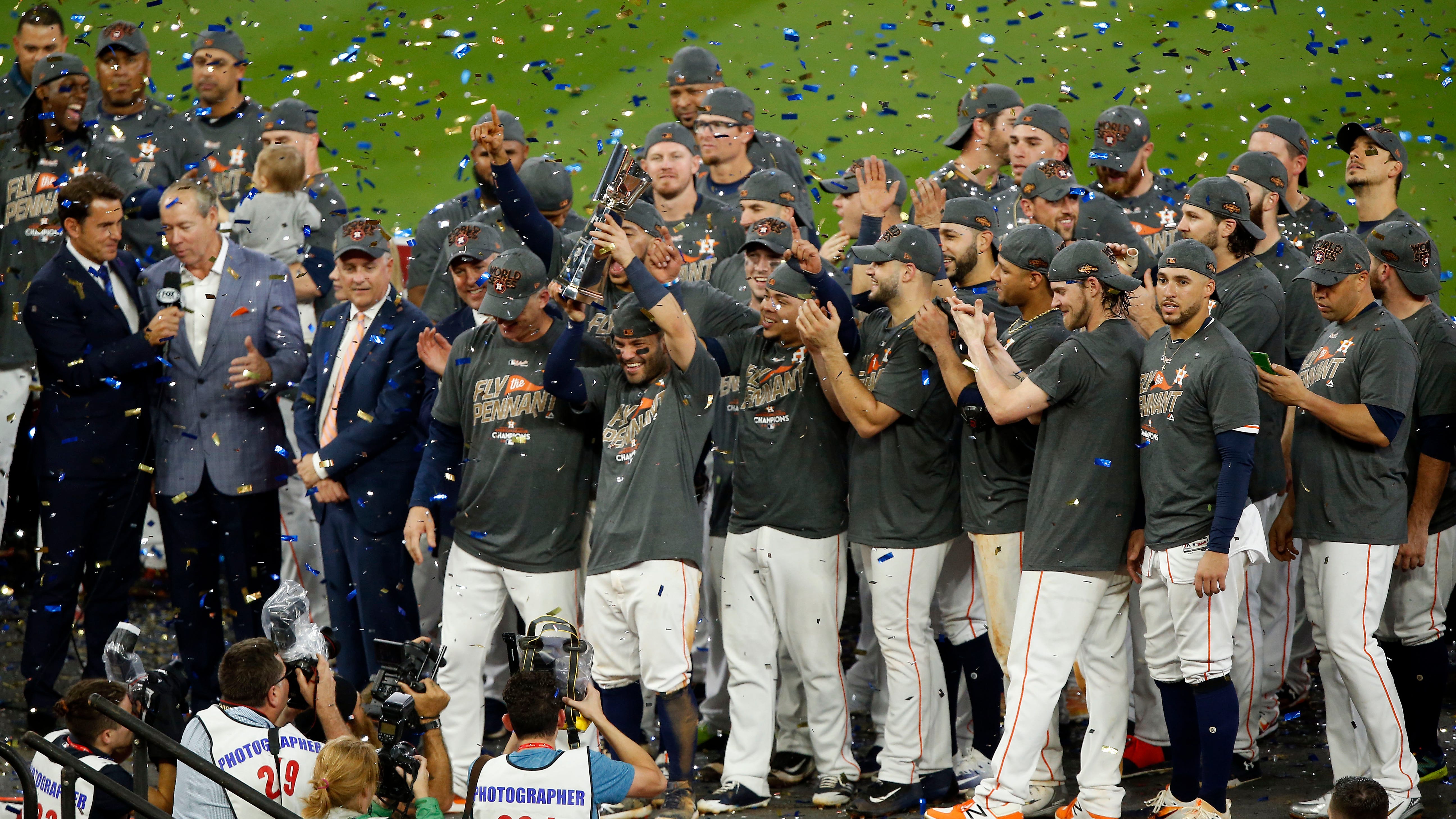 The other team, the Boston Red Sox, lost video replay operator J.T. Watkins to a suspension for the 2020 season, a second-round pick in the 2020 Draft and newly-rehired manager Alex Cora — but only for what he did while he was with the Astros.

No, the two cases are not exactly alike. Commissioner Rob Manfred said that he did not see the Red Sox' scheme, found to have been run primarily by Watkins, as flagrant as that of the Astros. He specifically said in his executive summary of the investigation that "Watkins's conduct, by its very nature, was far more limited in scope and impact" than the conduct of Houston.

Still, the significant disparity between the two punishments rubbed Luhnow the wrong way, and he shared his thoughts in the latest (and final) episode of "The Edge: Houston Astros" podcast, available from RADIO.COM and Cadence13.

"They were caught twice— they were caught in 2017, and then they were caught again in 2018 — and that's recidivism," Luhnow said. "I don't hear anybody asking how the front office there could not know. The only people that got punished were a video person, and they pretty much let everybody else off the hook, so it doesn't pass the sniff test for me or for a lot of baseball fans as well."

Luhnow, who recently sued the Astros for breach of contract and cited Tom Koch-Weser as an unreliable and untrustworthy source in the investigation, was unhappy not only with how MLB and Manfred handled their investigation of the Red Sox, but how they pinned the Astros — and more specifically Hinch and Luhnow — as the principal offenders throughout the league.

"The easiest solution for Rob Manfred, for MLB — for any sport commissioner, really — is to try and pin it all on one team," Luhnow said. "Even better if you can pin it on a couple of individuals on that team – then you basically say, look, we found the problem. We eradicated it. And it's no longer a problem.

Listen to the full episode to hear more from Luhnow's perspective, including his thoughts on how MLB absolved Astros owner Jim Crane of any involvement, his current relationship with the team and more.