Though all the amazing accomplishments Mookie Betts has managed through the past three seasons one that jumps out -- pretty much anytime he flies though the air -- is that those two necklaces that got so much publicity throughout the Red Sox' 2018 run haven't gone anywhere.

There is the gold chain that Betts' father gave him high school. That's understandably a keeper.

But what is truly impressive is the continued presence of that plastic bat and ball originally presented to him by then-12-year-old Griffin Cantrell during the 2018 spring training.

"Griffin took that necklace specifically for Mookie," the young fan's father, Matt Cantrell told WEEI.com via a phone interview back in 2018. "He thought we were going to have a chance to meet him and if he met him he wanted to give him something. Because everybody asks for different things from players, but he thought it would be cool if he could give him something for taking time out to stop." 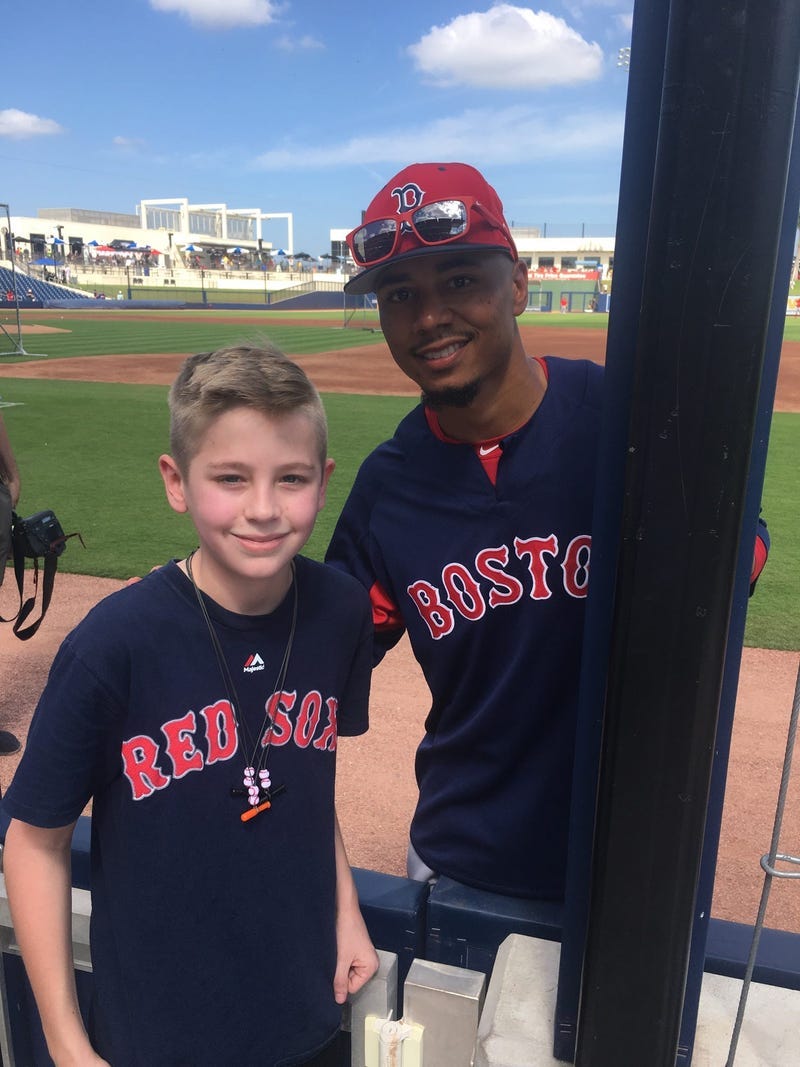 When Betts' 2018 run started gaining momentum, with the necklace never leaving his neck, there was some mystery if the accessory's designer and the player would ever get a chance to meet again.

But thanks to the Cantrell's connection with two of Betts' cousins, a connection was finally made.

Betts got a chance to once again meet up with Cantrell in the 2019 spring training, giving the outfielder a new version on the necklace that he has carried over to his stint with the Dodgers.

"I just don't take it off," Betts told WEEI.com during the 2018 World Series. "There's no way it's going to break. I only take it off if I get my neck worked on, but other than I don't take it off." He added, ""I wear it now because I like it. It's not necessarily a good-luck charm. I just like it."