Opening Day has an almost mythical quality to it, where the nation’s most sacred and beloved pastime finally comes to life after a long hibernation. When there’s an amazing performance right out of the gate, it makes the game that much more memorable for the players involved and the baseball fan base.

Let's take a look at some of the greatest performances on Opening Day, sorted by position.

The following performances occurred on that team’s first game of the season. Positions are listed in accordance with where that player was fielding in that game, though they may have been better known at another position in the field. 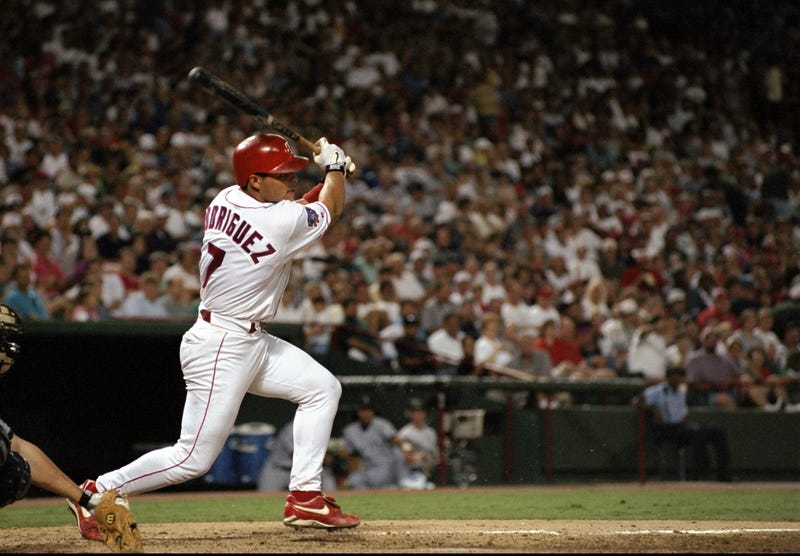 Fisk had a couple memorable Opening Day performances in his Hall of Fame career, including when he hit a home run in his first game as a member of the Chicago White Sox against his old team, the Boston Red Sox.

But even that wasn’t as special as when Fisk was still the backstop for the Red Sox in a game against the rival New York Yankees. Pudge propelled the offense in this 15-5 route, taking both Mel Stottlemyer and Lindy McDaniel deep and driving in more runs than any catcher has on Opening Day.

Opening Day is a good day for baseball’s famous “Pudges”, as the other Hall of Fame Pudge ripped two long balls off of Mike Sirotka. His teammate and current Giants manager Gabe Kapler also indulged in some of the fun, hitting an additional pair of home runs off of the poor White Sox starter. 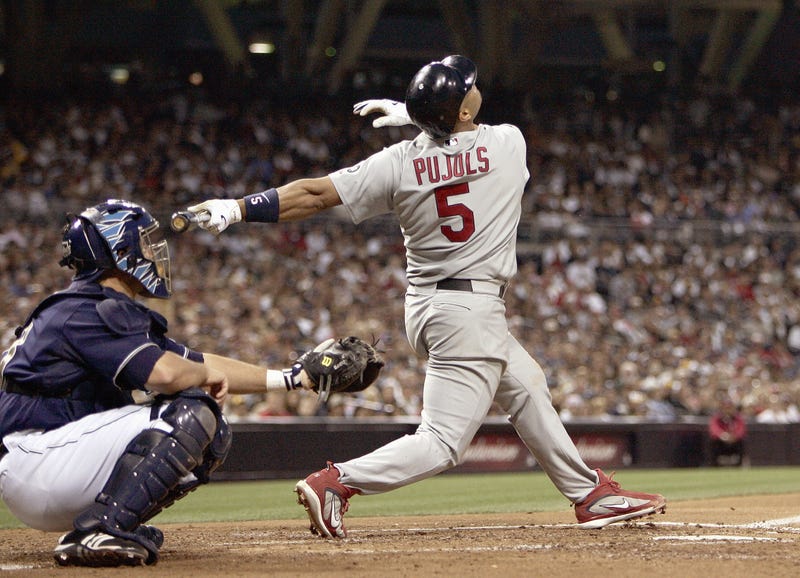 Pujols has hit two home runs on Opening Day not once but twice in his career, with the other performance coming in 2006 against the Phillies in a 13-5 win. He went on to club 49 HR and hit for a .331 average that season but was runner-up to Ryan Howard -- an opponent in that game -- at the end of the season. In 2010, Pujols delivered another incredibly strong performance with two more dingers against Joey Votto and the Reds. He led the league with 42 that season, but lost in the MVP race again, capturing second place.

To who, you ask? Joey Votto, of course. 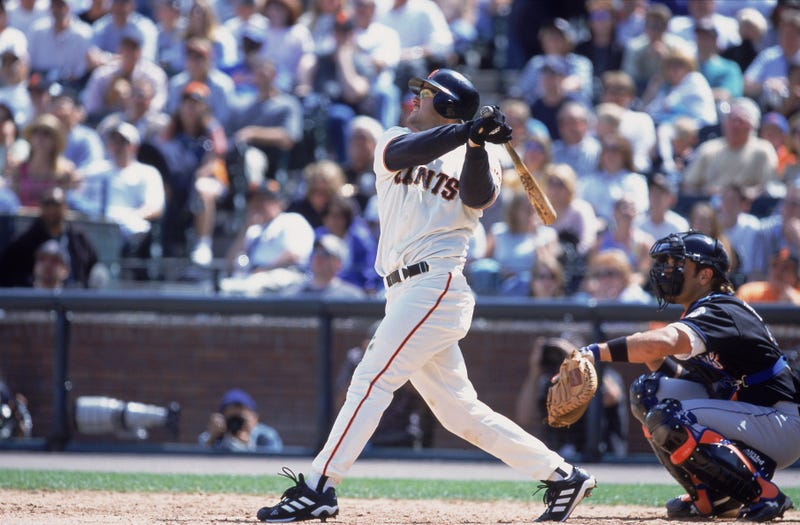 Herman may be best remembered for his defense, leading all second basemen in putouts seven times, in assists three times and, ironically, in errors four times. However, his bat was equally as impressive some seasons, like in 1935 when he led all of baseball with 227 hits and 57 doubles. This strong start to his 1936 campaign set the tone for what would be his third of eight consecutive All Star seasons.

With his eyes set on the Hall of Fame now -- he took home a 27.5% share in the 2020 voting -- Kent can use this display of offense to bolster his case. The Astros may have remembered this performance when they opted to sign him for a couple of years in 2003, a stint in which he picked up a 2004 All Star nod. 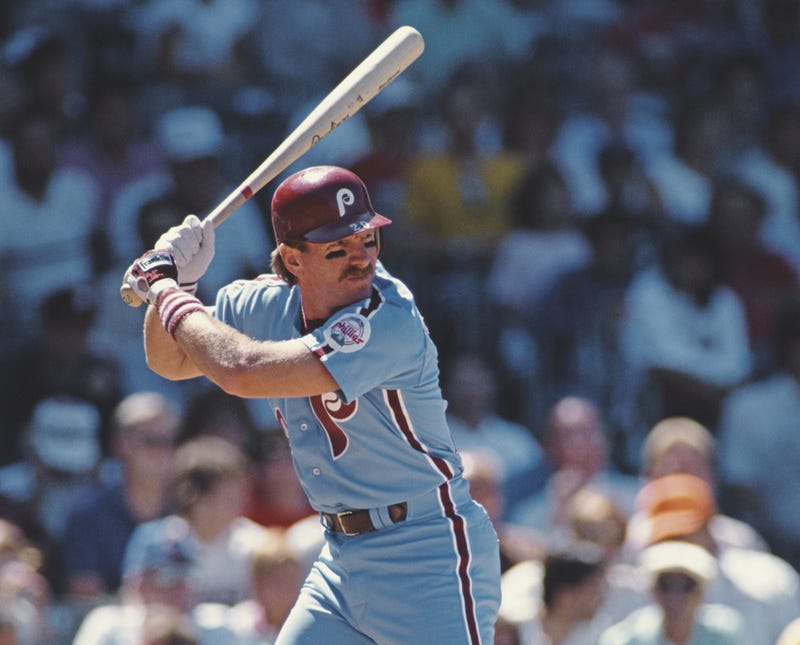 It’s not the prettiest stat line, but it sure was a memorable game. The Phillies and the Mets storied rivalry picked up right away to start the 1974 season, a game that the Mets led 4-3 heading into the ninth inning. Tug McGraw -- the same Tug McGraw that helped secure the 1980 World Series for the Phillies -- was on the mound to close out the game for the Mets. But McGraw found a way to help the Phillies once again, as he allowed a one-out walk off home run to Schmidt in the bottom of the ninth.

If Hebner played throughout his whole career like he did on Opening Day, he’d be a surefire Hall of Famer. These two games are two of the best Opening Day performances by any third basemen in MLB history. 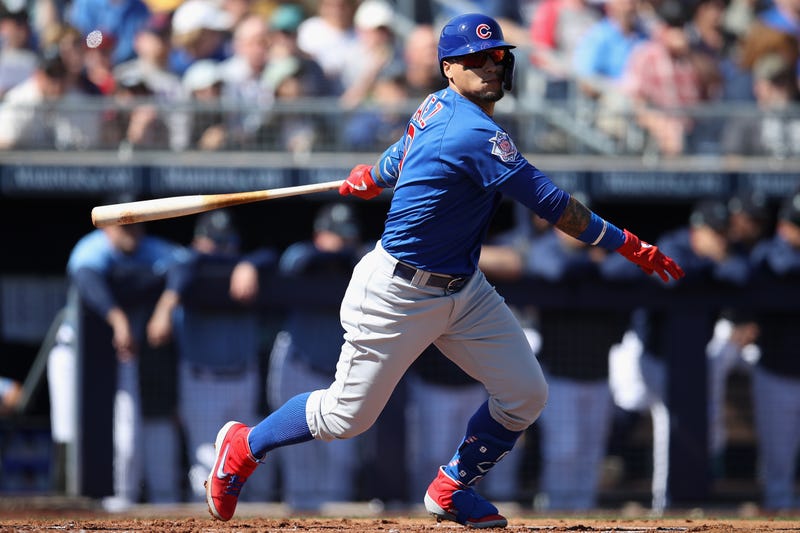 One of baseball’s brightest young stars went into the 2019 season with sky-high expectations after a breakout 2018 campaign in which he led the league with 111 RBI and hit 34 home runs. Though the 2019 season as a whole was a tad underwhelming for Baez, he still managed to pick up another All-Star appearance and was dominant in the first game of the year.

Atlanta picked up a three-game sweep right out of the gate against the Phillies in 2007, but couldn’t have done so without the late-game heroics of their shortstop. Renteria took Ryan Madson deep in the 10th inning to put the Braves up two, ultimately winning the game, just two innings after he tied up the contest with a solo blast off of Brett Myers. 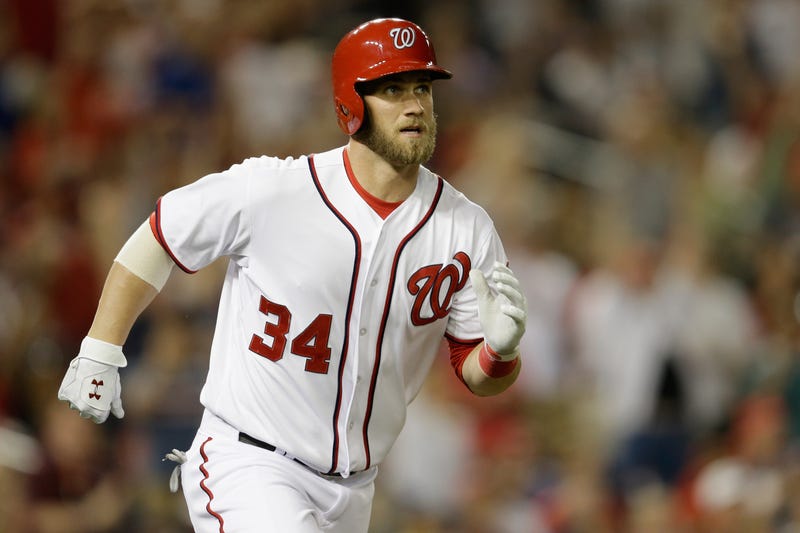 In a game with very little offense -- the final score was 2-0, with a combined eight hits between the Nationals and the Marlins -- Harper delivered in a big way, providing the only source of scoring for either team.

An Opening Day cycle? Too boring, at least for Don Baylor, who took it a notch higher with two doubles, a triple and a dinger as part of the Orioles’ 10-0 demolition of the Brewers.

There are better stat lines at the position -- take, for instance, either of Barry Bonds’ nine total base displays on either 1989 or 2002 Opening Day, or Babe Ruth’s two HR performance in 1932 -- but none of those possess the same heroics as Williams’ Opening Day in 1971. Bob Gibson had been pitching an absolutely stellar contest against Fergie Jenkins, as the two Hall of Famers kept their opponents to just one run apiece through nine innings. But when the 10th inning came around, fellow Hall of Famer Billy Williams took Gibson deep and ended the contest in what was an epic continuation of the Cubs-Cardinals rivalry. 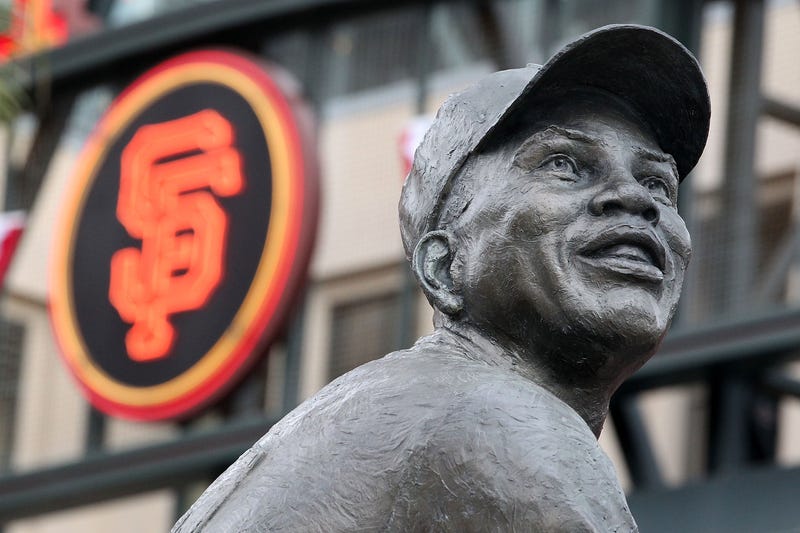 Who? Tuffy Rhodes, the guy who hit 13 home runs in his entire big league career? Of course, Tuffy Rhodes!

Rhodes took Doc Gooden deep not once, not twice, but three times in one of baseball’s greatest anomalies.

Patterson’s greatest attribute wasn’t his power, but it sure was on display to start the 2003 season in the Cubs’ 15-2 trouncing of the Mets.

Juan Marichal and Warren Spahn took the hill in an incredible contest. Mays got the best of Spahn, hitting a two-run bomb in the third and delivering again in the eighth with a solo shot that officially was the dagger in the matchup. 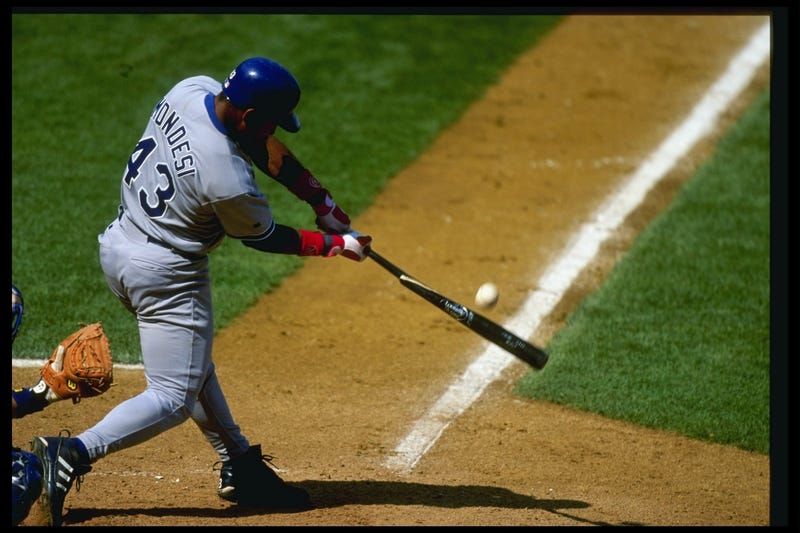 If the stat line isn’t enough for you, you should also know that Mondesi’s first home run tied the game in the ninth, driving in three runs to send it to extras, and his second ended the game in walk off fashion in the 11th.

If an offensive slugfest is your favorite type of game, you would have loved the Pirates-Braves 12-11 matchup in 2008. Nady drove in four, including a three-run HR in the top of the 12th that was just enough to get the Pirates the win, as the Braves were only able to score twice in the bottom half of that same inning. 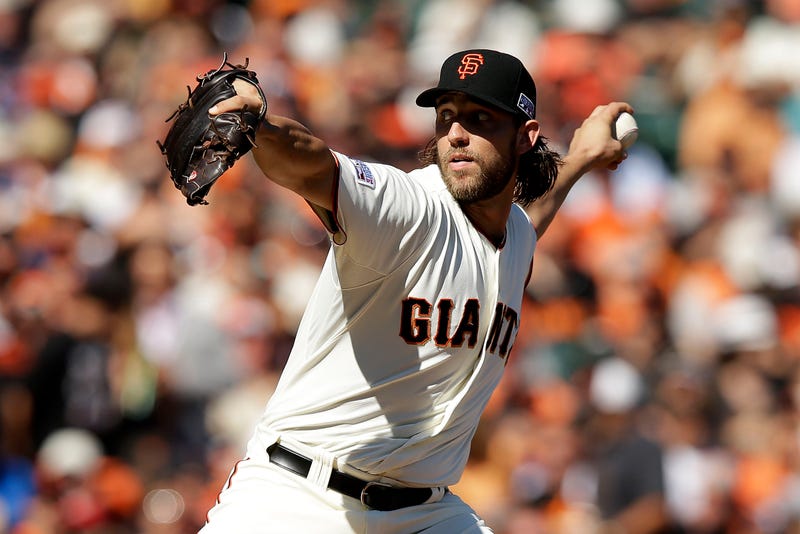 Hall of Famer Pete Alexander had many fine outings, but perhaps none was better than this all-out display of pitching wizardry and unexpected offensive dominance. This game is one of the best all-around displays we’ve ever witnessed in MLB history.

Look at that stat line and consider this: the Giants lost this game. How painful must that have been for MadBum? How much more could he have done?

The first and only Opening Day no-hitter came courtesy of Hall of Fame hurler Bob Feller, who twirled nine innings and walked five batters, pitching well enough to keep any of them from scoring.

Gibson’s 1968 season was by far his best, but a solid precursor was his 1967 debut. The lineup he faced was nothing to brush off either, as the heart of the order was formed by Jesus Alou, Willie Mays, Willie McCovey and Jim Ray Hart, a fearsome foursome that led the Giants to a 91-71 season in 1967.