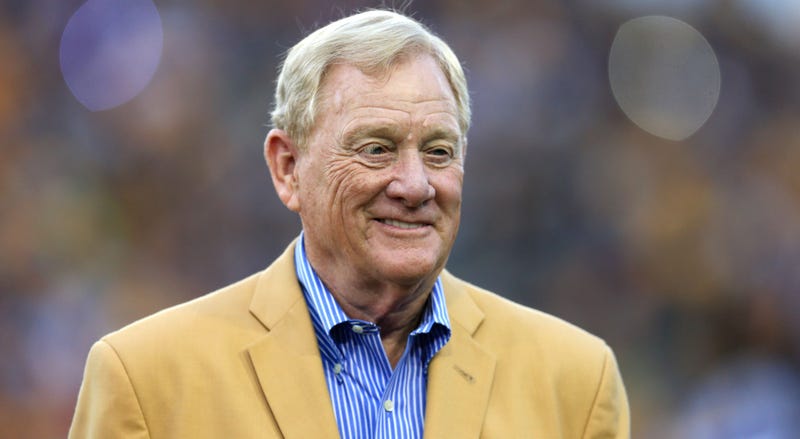 SAN DIEGO (AP) — Nearly four decades removed from a stint in the short-lived USFL, Pro Football Hall of Famer Bill Polian will preside over the opening weekend of the newest spring league, the Alliance of American Football.

"It's one more challenge at the end of a long career," said Polian, 76, who co-founded the AAF with Charlie Ebersol, a TV and film producer whose father, Dick, defined NBC Sports' programming for more than two decades and created "Sunday Night Football."

Polian simply wasn't ready for retirement after an NFL career in which he helped build Buffalo, Carolina and Indianapolis into Super Bowl teams, with the Colts winning the NFL championship after the 2006 season.

This alternative league seems to stand a better chance of surviving than others, such as the USFL and the World League, because of the people and philosophies involved.

"I've been pretty vocal about channeling the thoughts of so many of my friends in the NFL, in coaching and player personnel, that since the demise of NFL Europe, it's needed a developmental league, where players can come in and learn and develop skills," Polian said. "When Charlie approached me about this, we discussed it at great length and finally I said, 'I'm going to put my effort where my mouth is and see where we can make this work."

Polian will catch half of the opening-weekend games in the eight-team league. He'll be in San Antonio on Saturday night to watch the Commanders play the San Diego Fleet — broadcast by CBS in prime time — and in Tempe on Sunday night to see the Arizona Hotshots host the Salt Lake Stallions. The other opening-weekend games are the Atlanta Legends at the Orlando Apollos on Saturday night and the Memphis Express at the Birmingham Iron on Sunday night.

Polian said the USFL took about 22 months to get up and running, and the expansion Carolina Panthers took about 19 months.

"We've done this in nine months because of so many great former NFL people who are excited to do it, excited to be in it," Polian said. "We started with nothing and we're going to open it up on Saturday with eight teams playing what I think will be pretty good football.

"That's a credit to the people involved. We could not have done it if we had not had quality former NFL people."

Keidel: Giants Should Draft Dwayne Haskins To Be Next Franchise QB

Mike Martz, who was offensive coordinator of the St. Louis Rams' "Greatest Show on Turf" Super Bowl-winning team in the 1999 season, returns to the sidelines as coach in San Diego, which two seasons ago lost the NFL's Chargers to Los Angeles.

Mike Vick is the offensive coordinator in Atlanta.

Dennis Erickson is head coach in Salt Lake and will face off against Arizona's Rick Neuheisel.

The AAF even has the Head Ball Coach himself, Steve Spurrier, who is coaching the Apollos.

Mike Pereira and Dean Blandino are officiating consultants. Pereira helped develop the unique rules that include no kickoffs, no extra-point tries, overtime rules that call for each team to get one possession and a ninth official, the SkyJudge, who from his perch in the press box can instantly correct "obvious and egregious" officiating errors, like the one that marred the NFC championship game.

San Diego hired so well that it lost quarterback Josh Johnson to the Washington Redskins in December and offensive coordinator Jon Kitna to the Dallas Cowboys as their quarterbacks coach.

Ebersol said the AAF players can leave for the NFL between April 29 and Dec. 29. He said the AAF released 71 players to the NFL and 35 came back and are playing. The AAF says that of its more than 600 players signed to date, 98 percent have been in the NFL at some point over the past 18 to 24 months.

Polian and Ebersol said every NFL team had scouts in San Antonio when all the teams recently held training camp and then each played an exhibition game.

"We're not competitive, we're complementary," Ebersol said. "We look at the NFL as, we're going to support your existence, let them play in your league, put content on your network. They're a partner. The goal is to improve and support the ecosystem of football."

Games will be carried on CBS, NFL Network and Turner.

Ebersol is backed by some heavyweight investors from Silicon Valley and also MGM, and has told them he has a five-to-seven-year business model.

The Alliance has built a proprietary tech platform that will allow for a real-time, rewards-based system of integrated gaming and in-game wagering for fans in states where sports gambling is legalized.

In a nice touch, Kurt Warner is the pregame and halftime analyst for Saturday night's games on CBS. After being cut by Green Bay, Warner was working in an Iowa grocery store before playing in the Arena Football League and ultimately landing with the Rams, leading them to a Super Bowl victory and being voted NFL MVP in 1999.

"Think about how many Kurt Warners are hiding among those kids who don't get to the NFL," Ebersol said. "Those are the guys we're finding."