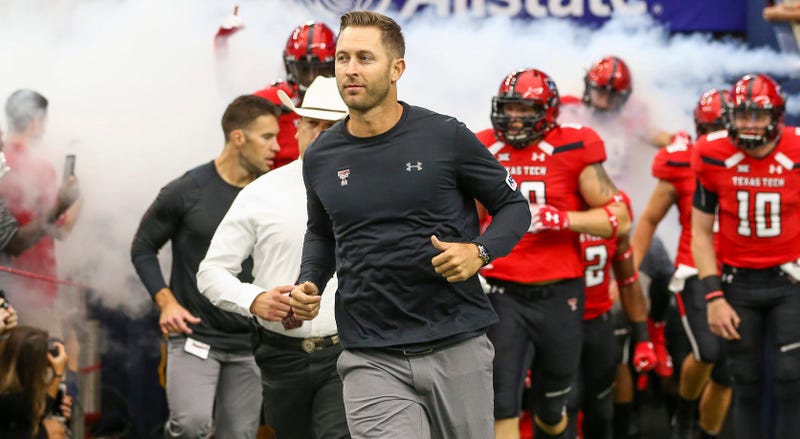 Cross off Kliff Kingsbury from the Jets' wishlist. The Arizona Cardinals are set to hire the 39-year-old as their new head coach, according to Peter Schrager of Fox Sports.

The Jets met with Kingsbury on Monday after USC previously blocked all interview requests last week. Jets' CEO Christopher Johnson and general manager Mike Maccagnan were present at the meeting.

Kingsbury will inherit a Cardinals team that finished with the NFL's worst record in 2018. Arizona finished 3-13 under Steve Wilks.

It was Cardinals' worst record in 18 years and matched the worst since the franchise moved to Arizona from St. Louis in 1988.

The Cardinals fired Wilks on Dec. 31. Arizona owns the first pick in the 2019 NFL Draft.

Kingsbury was hired by USC as their new offensive coordinator on Dec. 5 after being fired as head coach of Texas Tech.