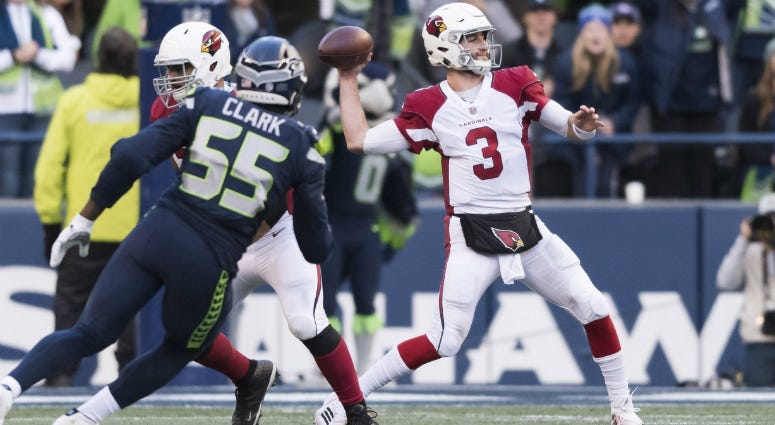 It’s starting to look like Kyler Murray is going to be the top overall pick in the draft.

The Arizona Cardinals already have Josh Rosen, but they seem to have been put off by his performances last season. Murray going off the board would be one less quarterback available to be selected by the Giants, assuming that they want to draft a new QB.

WFAN’s Boomer Esiason and Gregg Giannotti discussed the Giants conundrum at the beginning of Thursday’s “Boomer & Gio” show. Esiason thought the Cardinals decision to take Murray could open up the door for the Giants to trade for Josh Rosen.

“There’s a consensus belief out there that he’s definitely going to be the guy for the Cardinals,” said Boomer. “That also now opens the door for a team like the Giants, or the Jaguars, or the Dolphins, or the Redskins to trade for a guy who was the tenth overall pick in the draft last year, Josh Rosen, who really didn’t have a chance this year … He didn’t have the personality plus he was with a coaching staff that was in way over its head.”

It’s true, Rosen struggled heavily last season. The UCLA product had 11 touchdowns and 14 interceptions in 14 games last year. He completed just over 55 percent of his passes and finished with a QB rating of 66.7.

The Giants could opt to try and acquire Rosen, but it’s unclear the moment just what exactly the team’s plan this offseason is. They opted not to pick a QB in 2018, and Giannotti thinks they’ll do the same in 2019.

“I’m still going with the fact that they’re not going to pick a quarterback,” said Giannotti. “I can’t do it again like I did last year … I don’t know how many months we sat here and talked about them taking a quarterback and they didn’t do it.”

Esiason took the criticism a step further with a bold prediction for the team’s future.

Listen above to the full opening of Thursday’s “Boomer & Gio” show.