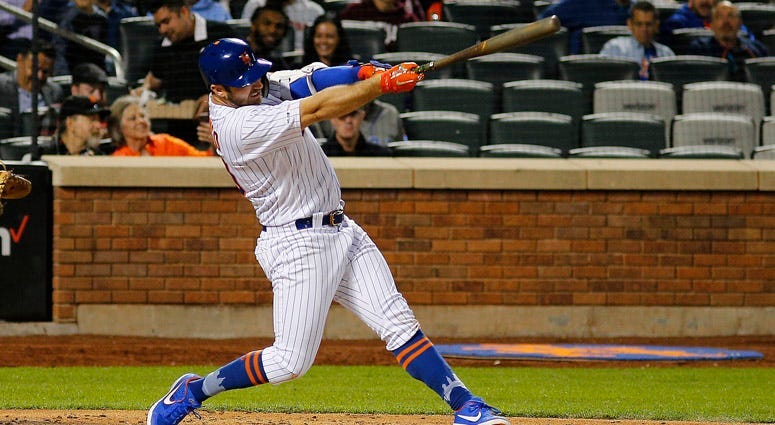 How excited should Mets fans be about Pete Alonso?

Through four games, the rookie first baseman is batting .412. On Monday night, he hit his first career home run -- a three-run blast to center field in the top of the ninth inning to help seal a 7-3 victory at Miami.

On Tuesday morning, WFAN's Boomer Esiason and Gregg Giannotti -- both Mets fans -- debated how thrilled they should be about what they're seeing from the 24-year-old.

"Every single Met fan out there that can hear me and hear my voice knows exactly what I'm talking about: We finally got a guy that is living up to the promise that he was supposed to deliver," Esiason said on the "Boomer and Gio" show.

"He doesn't seem like a guy who's going to completely fall off," Giannotti said. "The stuff that you've seen from him, how hard he hits the ball, where he hits the ball -- that stuff seems sustainable. But I can't be fooled in a couple of games to think that he's going to be a mainstay forever. I'm really, really happy with what I've seen.

"Whether you're an old player or a young player, you can't make a determination on him after a couple of games," Gio continued. "You want to tell me at the All-Star break he's finally living up to expectations? Fine."

"Can I just enjoy the moment, man? ... Why do you have to kill the moment?" Esiason joked with his radio partner.

To listen to the full open from Tuesday's show, in which Boomer and Gio also discuss the Yankees' injuries, click on the audio player above.