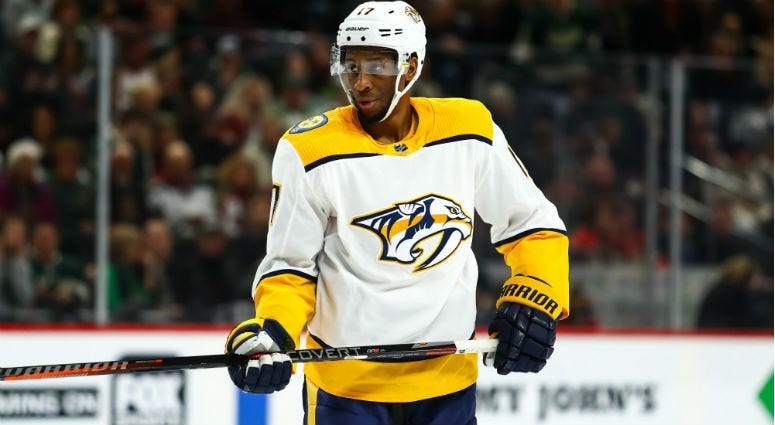 Simmonds split his time between the Flyers and Predators last season, finishing the year with 17 goals and 13 assists in 79 games.

For his career, the 11-year veteran has 243 goals and 231 assists in 841 NHL games. In addition, Simmonds has proven to be incredibly durable, never appearing in less than 75 games during a full season.

#NJDevils news:The club has agreed to terms with right wing Wayne Simmonds on a one-year contract worth $5,000,000. pic.twitter.com/6HrpsM99Xt

Simmonds was also awarded the Mark Messier Leadership Award during the 2018-19 season. This award recognizes a player that is seen as a superior leader within their sport, both on and off the ice.

However, the Devils have made a few splashes in the last two weeks with their acquisition of defenseman P.K. Subban in a trade from Nashville, along with drafting center Jack Hughes with the first overall pick in the 2019 NHL Draft.

New Jersey still has around $20 million in cap space to use if they choose to, but the team has already reached the 2019-20 salary cap floor.