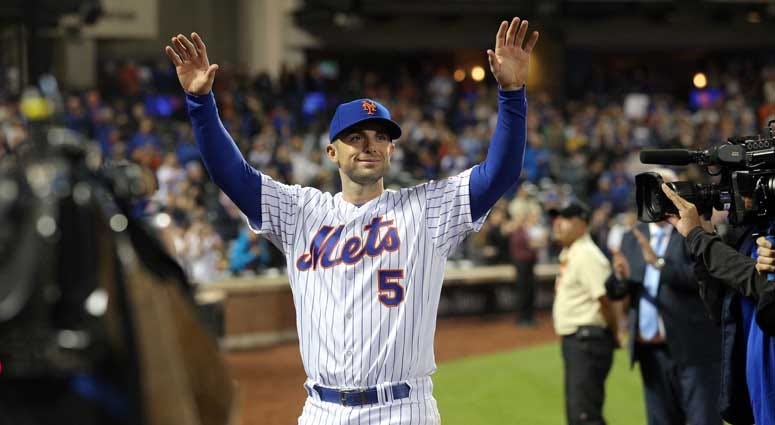 Citi Field paid tribute to David Wright on Saturday night. On Sunday, it was the White House's turn.

"I've always been a big David Wright fan, and I just heard about your retirement," the president, a Queens native, says in the video. "I'm at the United Nations, and I left a lot of very important countries to get up and say you are a spectacular man and a great baseball player. Tremendous hitter, tremendous fielder, a winner, and you've been my friend. You've been my friend for a long time. We played golf together, and the people we beat have never forgotten you.

"You're a winner, David. You're a great winner and a great man. Have a terrific life. I'll be seeing you along the journey. Take care of yourself. We're very proud of you."

Wright announced last month that injuries are preventing him from continuing his career. After missing nearly 2½  years with back, neck and shoulder injuries, Wright was activated for the Mets' final homestand of the season so he could play one last time. He pinch-hit Friday night, grounding out. He started at third base on Saturday, going 0-for-1 with a walk before being removed at the start of the fifth inning.