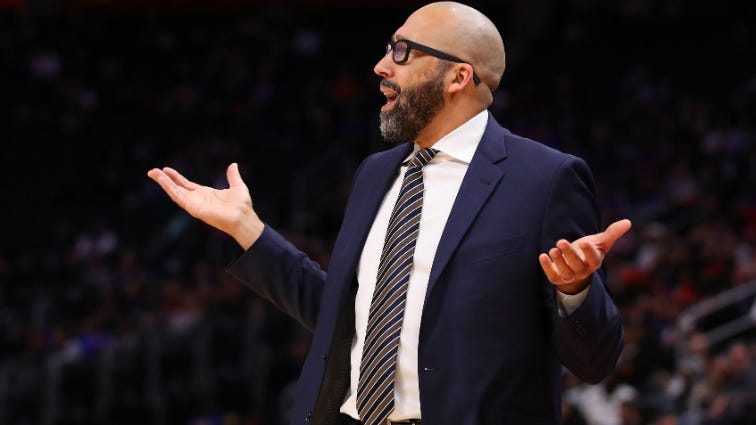 Fizdale’s tenure lasted just 22 games into his second season with the team. Francesa didn’t disagree with the firing, but the iconic radio host made sure to note, there is no easy fix for the Knicks.

“Alright, Fizdale’s gone. Fine. Who you bring in means nothing, unless you get some players,” Francesa said after learning the Knicks fired their head coach.

Thursday night, the Knicks became just the seventh team in NBA history to lose consecutive games by at least 35 points, falling 129-92 to the Denver Nuggets at Madison Square Garden three nights after getting destroyed by the Milwaukee Bucks 132-88 on the road.

Francesa said Fizdale didn’t get the job done, but firing the coach is “a headline for 10 minutes. Who cares?” The Knicks can change the coach, but that's not going to improve the team, which severely lacks talent.
USA TODAY Images

“It isn’t about him, its about the team,” Francesa said. “They have to, have to clean house and start over. That’s all there is to it and they have to get somebody in there who can run the franchise, they don’t have that.”

A team that was hoping to show progress after losing 65 games in 2018-19, the Knicks are currently on pace for a 15-67 record this season.

“They are utterly dreadful, they’ve won one of their last 10 games, they are just putrid,” Francesa added.

When the Knicks hired Fizdale, there was optimism he could help attract top free agents. Unable to do so, Fizdale's Knicks tenure ends with a 21-83 record.

Click the audio player above to listen to Francesa's comments in its entirety.