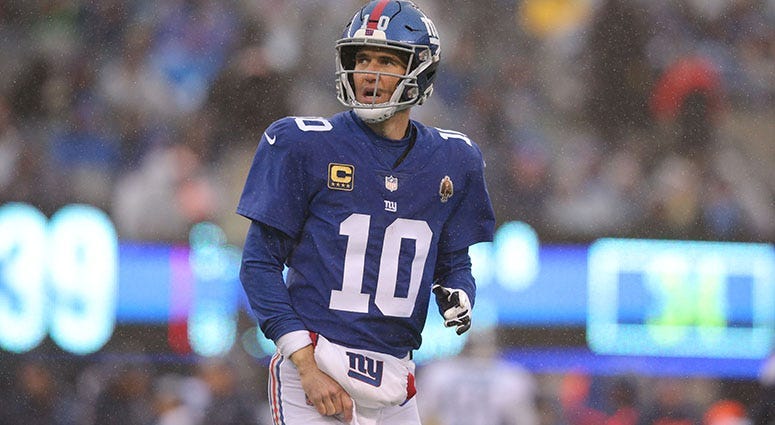 It's been a wild week for the Giants. They traded star receiver Odell Beckham Jr. and seem to suddenly be on a path pointing toward rebuilding. But that doesn't seem to be the case just yet at quarterback.

According to ESPN, the Giants are expected to stick with Eli Manning. The 38-year-old has one year left on his contract. He is scheduled to earn an $11.5 million salary, a $500,000 workout bonus and a $5 million roster bonus if he is still on the roster at 4 p.m. Saturday. That's $17 million for an aging QB.

"He's what we have at this point," one Giants source told ESPN.

The Giants would save $17 million if they decided to release the two-time Super Bowl MVP.

MORE: Beckham To Giants Fans: 'You Guys Will Always Have A Place In My Heart'

Big Blue knows it must find Manning's successor sometime soon. ESPN reported the Giants would explore a trade with the Cardinals for Josh Rosen, the 10th overall pick in last year's draft, if he is made available. They also could invest one of their two first-round picks this year -- sixth or 17th overall -- in a QB such as Ohio State's Dwayne Haskins.

Manning put up solid stats in 2018, completing 66 percent of his passes for 4,299 yards and 21 touchdowns to 11 interceptions. But the Giants have gone just 8-23 with him under center the past two years.