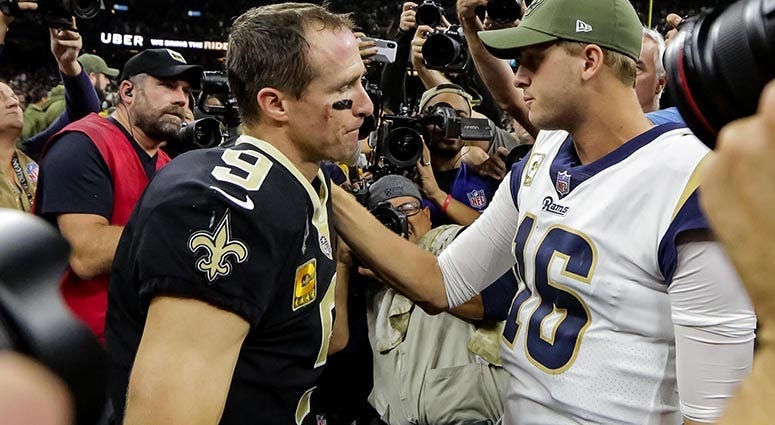 A lot of people have talked about the Patriots being underdogs and the team buying into that.

"People make fun of them. Edelman is selling t-shirts and the whole deal," said Rapoport. "Tom Brady is especially a strange human being. He's so amazing at what he does, but in his mind he really is nervous about someone else becoming better than him. He never gives snaps to his backups. He never wants someone to come in and just be better than him. It's an incredible insecurity, whatever you want to call it, that has led him to be great. If you give him a lie detector test and you said 'does the public really think you suck', he would say absolutely 100%. That is what drives him. That's why he's not a normal human being."

On the NFC side, can the Rams find a way to contain Michael Thomas?

"I don't think they are going to be able to," said Rapoport. "They can double team, but there's other guys. Payton makes it so hard to focus on one guy because he's going to move them around a little bit. To me, the only hope is that he goes eight catches for 80 yards. The only hope is you turn him into Julian Edelman, where he catches the ball and you tackle him. He's never going to be shut down. He's emerging as one of the best receivers in the NFL. Can you turn him into a possession receiver is probably the only thing you can do."

Listen to the entire interview with Rapoport with Evan on Saturday above.