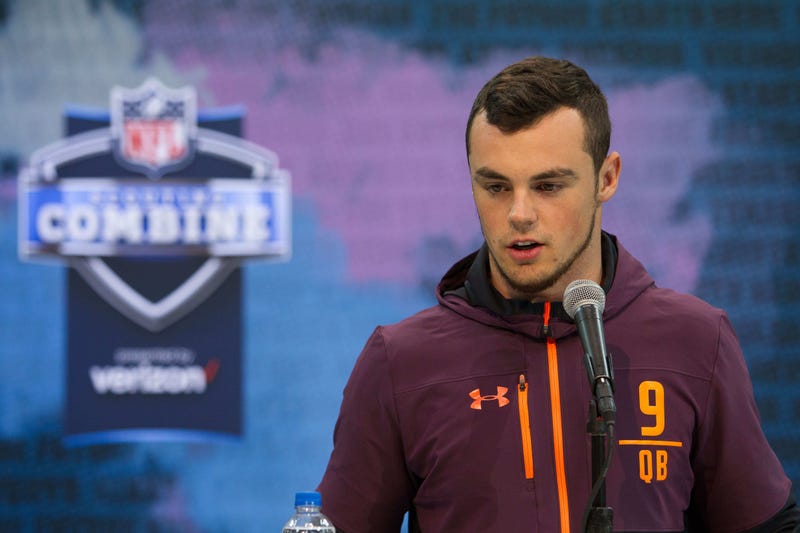 PISCATAWAY, N.J. (AP) — Trace McSorley became the winningest quarterback in Penn State history with a lot of help from his friends.

McSorley threw two touchdown passes to tight end Pat Freiermuth and No. 16 Penn State's defense set up two touchdowns with turnovers in a 20-7 victory over Rutgers on Saturday, sending the Scarlet Knights to their 10th straight loss.

"Kind of like today by no means was my best performance, but the team gutted out a win," said McSorley, who hit two milestones in the game. "The defense played great, the special teams contributed when they needed to and our offense was able to put up enough points to get a win, so a lot of that is on the rest of the team, and in my eyes wins go to the team, not the person."

The win was No. 30 for McSorley as a starter, moving him into the top spot in school history ahead of Todd Blackledge (1980-82) and Tony Sacca (1988-91). The two touchdowns increased his total — running and passing — to 101, making him the third in Big Ten history to crack the century mark. Drew Brees of Purdue and J.T Barrett of Ohio State were the others.

"Being all-time leader in terms of wins is the most important stat you can have at the quarterback position," Penn State coach James Franklin said.

Raheem Blackshear, who ran for 102 yards on 22 carries, scored on a 2-yard fourth-quarter run for Rutgers to deny Penn State its first shutout in more than a season.

The dominant group for Penn State was its defense, which forced three turnovers, had four sacks and 11 tackles for losses and held Rutgers to 46 yards passing.

"We (are) one of the better defensive lines in the country and I believe we're one of the best in the Big Ten," said defensive end Shareef Miller, who had seven tackles, including a sack and 2½ for losses.

Safety Garrett Taylor intercepted a horrible pass by freshman Art Sitkowski late in the second quarter to give the Nittany Lions the ball at the Rutgers 28. Four plays later, McSorley (17 of 37 for 183 yards) found Freiermuth for a 10-3 lead with 2:04 left in the half.

Senior Gio Rescigno replaced Sitkowski (3 of 7 for 18 yards and two interceptions) after the bad decision on the screen pass Penn State read from the start.

A Daniel Joseph recovery of an Isaih Pacheco fumble at the Rutgers 46 late in the third quarter set up the second TD pass early in the fourth for a 20-0 lead.

"Our players played with a lot of fight and effort and toughness today," Rutgers coach Chris Ash said. "It's what we needed to do to continue to try to close the gap, and our players did that. The game is about taking care of the football, and some missed opportunities. That was the difference in the game."

The Scarlet Knights should have scored in the third quarter. After moving 82 yards on 14 running plays, they ran a fourth-down flea flicker from the 2-yard line and a wide-open Rescigno dropped a soft pass from Trey Sneed, who had lined up outside and took a toss from Blackshear.

"I told the guys you give me a day to sulk to sulk about it and then you can grill me about it for the rest of the week," said Rescigno, who sparked the offense running for 36 yards on seven carries. "It is what it is. It happened. I have to move on."

This was not an impressive performance by the Nittany Lions, who were hoping to move into a position for a possible New Year's Day bowl game. The offense never got going and the only reason it was no contest was the Penn State defense.

Referee Mike Cannon left his microphone open after overturning a ruling on the field that gave Penn State a first down at the Rutgers 23 in the fourth quarter. The review moved the spot up a yard after a pass from McSorley to KJ Hamler. "That was a tight one, Bruce," Cannon said to linesman Bruce Keeling.

Penn State: Plays host to Maryland next Saturday and then waits for a bowl bid.