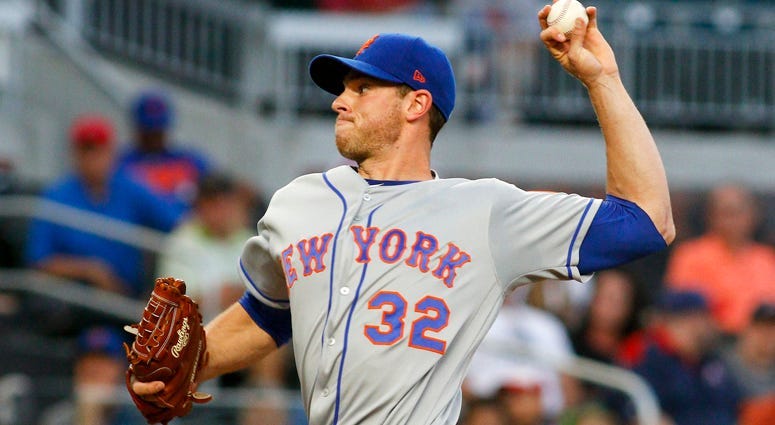 ATLANTA (AP) — The New York Mets have lost another starting pitcher to a finger injury.Steven Matz exited Tuesday night's game against the Braves after just three innings with discomfort in the middle finger of his left hand — on the same day Noah Syndergaard went on the disabled list with a finger injury.Leading 4-0, Matz went out to the mound to warm up for the bottom of the fourth. But he suddenly stopped throwing and looked at his hand , prompting manager Mickey Callaway and a trainer to pop out of the dugout.After being examined, Matz walked slowly off the field and was replaced by Paul Sewald.

MORE: Mets Place Noah Syndergaard On DL With Finger InjuryX-rays were negative, and there was no further indication of what the problem was or the status of Matz's next scheduled start. The left-hander allowed just one hit, walked two and struck out two against the Braves. He is 2-3 with a 3.55 ERA this season.Before the game, New York placed Syndergaard on the 10-day disabled list with a strained ligament in his right index finger. In all, the injury-plagued Mets have 11 players on the DL, including Wilmer Flores, AJ Ramos, Juan Lagares, Yoenis Cespedes, Todd Frazier, Travis d'Arnaud and Anthony Swarzak.