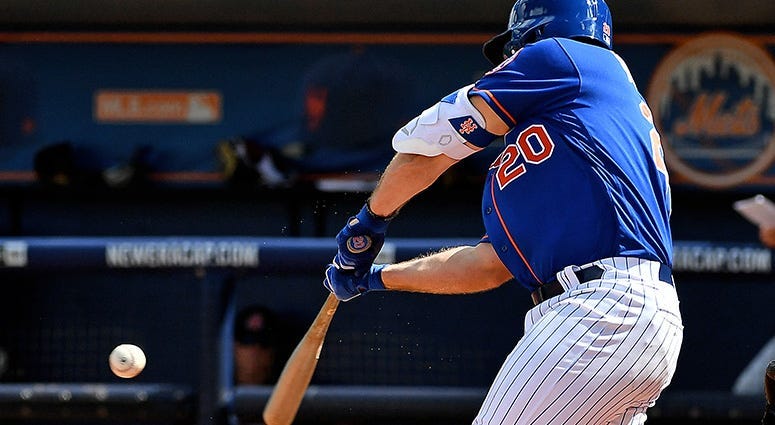 I'm going to preface all of this with: yes it's only Feb. 23 and it's way too early to make legitimate thoughts on anything regarding Opening Day and the Mets roster.

Nonetheless, baseball is back and reactions must be made. There were some bright spots to see from the Mets as there are a lot of situations that could end up playing out. The Mets beat the Braves from First Data Field in Port Saint Lucie, 4-3 in the spring training opener Saturday afternoon.

Call him Pete, not Peter. Mr. Alonso made quite the statement in the spring opener, blasting a two-run homer over the wall in left-center field on the first pitch he saw. Alonso's long ball in his first at bat made up for an error he made in the 2nd inning, dropping a ball at first after a nice diving play from Amed Rosario. He also walked in his second bat and got to second base on a wild pitch. Alonso will be fighting all spring long for a spot on the Opening Day roster.

Alonso certainly proved he's worthy of being in the big leagues after bashing 36 home runs in double-A and triple-A last season. The Mets have a lot of infielders and Alonso is going to be a part of the fold. The question will be is if he's on the roster on Opening Day or not. If Lowrie's knee strain leaves him out, it seems like his chances will be very high to start at first base on Opening Day.

Gary, Keith, and Ron Are Still The Best

Gary Cohe, Keith Hernandez and Ron Darling were tested early. A foul ball came flying into the broadcast booth and while Keith and Ron were both ready, the ball went off the fingertips of Ronnie. This trio has always been one of the best broadcasting crews in baseball, and they haven't missed a beat. They make meaningless games that much more entertaining. 1969 Mets outfielder Cleon Jones also was quite entertaining in his appearance Saturday in the booth for a half inning.

Our booth is so good they're still ready to take the field -- pic.twitter.com/nfxwJYjqUm

Hector Santiago Could Be Next Man Up After Vargas

It was intriguing to hear Hector Santiago's story after he pitched a scoreless inning and struck out one. The southpaw is from New York and gew up a Mets fan and was thrilled to get to sign hear on a minor-league deal in the offseason. If Jason Vargas struggled or got hurt or someone else ended up getting hurt. Santiago has a shot to be that next man up to enter the rotation if he can have a strong spring training.

What's a Mets spring training game without an update on Tim Tebow? The Heisman Trophy winner, former NFL QB turned outfielder was 0-for-2 after coming in to to play left field for Jeff McNeil. Shame on Tebow for not continuing his famous home run in his first game trend he had going there in single-A and double-A.

A couple of other nuggets: Robinson Cano looked good in his debut. He nearly homered his first at bat and then had an RBI single. Rymer Liriano clobbered a homer as he will likely start the season in triple-A. The bullpen did a nice job today relieving Walter Lockett, who gave up two runs in 1 2/3 innings.