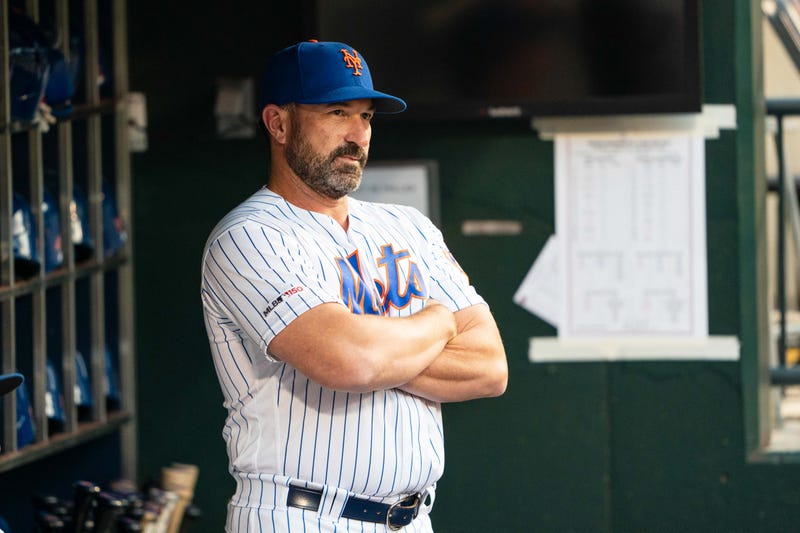 How you doing Mickey?

That's how Mets manager Mickey Callaway answered Mike Francesa on WFAN when asked to open their weekly discussion, which could be their final one of 2019 and maybe ever as manager of the team.

"They're still fighting. I think this team will always fight. Even if you end up getting knocked out, you still have to win games. That's what the fans pay money to come see and we have to give it our best effort no matter what the circumstances are," Callaway said.

This will be Jacob deGrom's final appearance this season, which could end up being another Cy Young Award-winning year. Unless the Mets find themselves with a meaningful game on Sunday.

"Only if it means something. I don't think he needs it at this point. Finish strong tonight and there should be no doubt. I don't see how he can't. If you look at all the numbers and I mean all of them he's the best pitcher in baseball again. There's no doubt in my mind that he goes out there tonight, throws up another seven innings with no runs, he's going to win this thing," Callaway said of him winning another award.

Why does Callaway believe he should be back with the team in 2020?

"I think we're just instilling a culture here that's going to sustain winning," Callaway said. "We have improved by seven games last year. Hopefully we'll improve by seven more so this year. This is our third winning season in 10 years. That's nothing to brag about, but it's a winning season. We have notched that up. We're still in playoff contention. We have played meaningful games. It's the growth of the guys in that clubhouse and the way they bond together that I'm most proud of. I'm really proud of this team and the way they fight and they continue to wanna win games."

You can hear the entire interview with Francesa and the Mets manager in the audio player above.