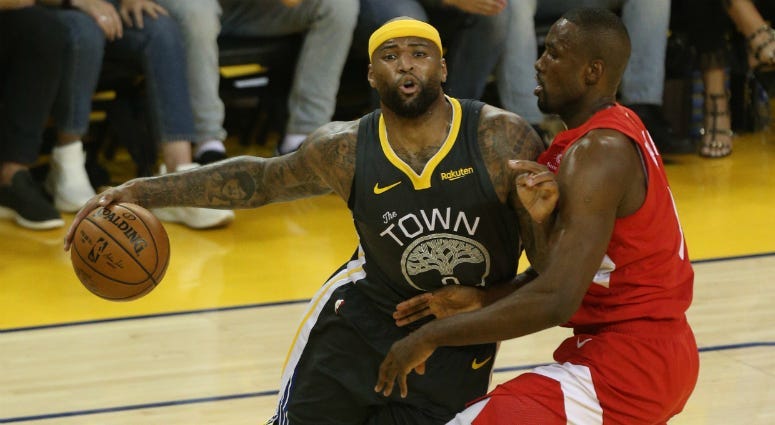 DeMarcus Cousins’ poor luck with injuries isn’t getting any better.

Cousins signed a one-year contract with the Lakers this summer, but he won’t be playing this coming season. The Lakers announced on Thursday that Cousins suffered a torn ACL in his left knee during preseason workouts.

Los Angeles signed Cousins hoping that he could bolster their front court, but Mike Francesa said Friday on WFAN that he thinks the injury will ultimately make the Lakers a better team.

“Anytime he’s off the team it’s a blessing,” said Francesa. “(He’s) not a winning player. A player who is very talented, not a bad guy, but incredibly disruptive to winning basketball. He is a guy who does not fit in well. He is a guy who, to me, you’re better off when you don’t have him.”

Cousins has bounced around the league a bit since being traded from Sacramento to New Orleans. He was a part of the Warriors team that lost in the NBA Finals to the Raptors this past season, but he missed significant time due to injury. When he came back, he didn't look to be as explosive a player as he once was.

Francesa added that he has felt this way about Cousins throughout his career, but that he feels bad for him and would never root for someone to get injured.

Click the audio player above to listen to this full segment from Friday's "Mike's On" show.