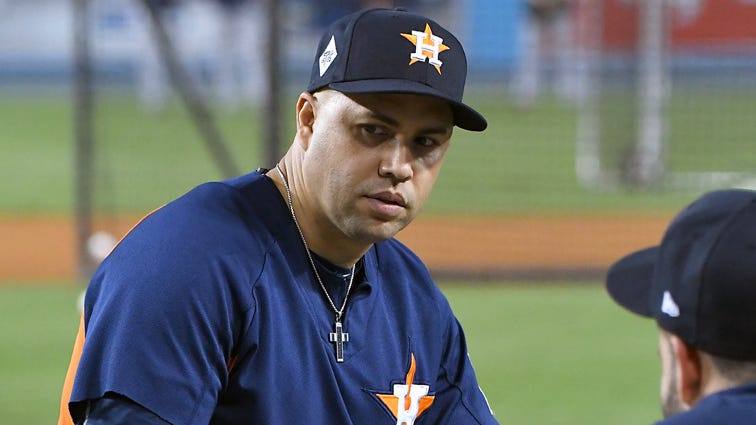 Carlos Beltran has long been known for his ability to recognize pitch tipping and spread the advantage through the dugout.

The Athletic recently published a report claiming the Astros used illegal equipment to steal signs during their 2017 World Series season. Furthering the report, The Athletic alleged Beltran “played a key role in devising the sign-stealing system,” which has many wondering if he could begin his Mets managing tenure with a suspension.

“I see these reports now about Beltran being suspended, for what?!” Mike Francesa asked to open his Thursday show on WFAN.

Francesa notes sign stealing is not new in baseball, but if illegal equipment was implemented by the Astros, then it’s their people of authority that should be punished, not the players.

While stealing signs has been part of baseball for over 100 years, Francesa acknowledged the Astros could get punished hard if the league confirms they used illegal equipment to receive an advantage.

Mike acknowledged it’s possible for the Astros manager A.J. Hinch to be handed down a lengthy suspension by Major League Baseball, but for Beltran, “Nothing happens to Carlos Beltran, he can go off and manage the Mets.”
Photo by Rich Schultz/Getty Images

“I don’t care if Beltran went out and plugged (the equipment in.) He still doesn’t get suspended,” Francesa added. “It doesn’t make even a little bit of sense, you hit the people who are in positions of authority, who condoned it and you hit the organization.”

According to Francesa, stealing signs is an overrated tactic anyway, citing Yankees Hall of Fame closer Mariano Rivera who threw only one pitch. Everyone knew what pitch was coming next, but they still couldn’t hit it.

“Who installed the equipment? That’s the crime, stealing signs has been going on forever.”