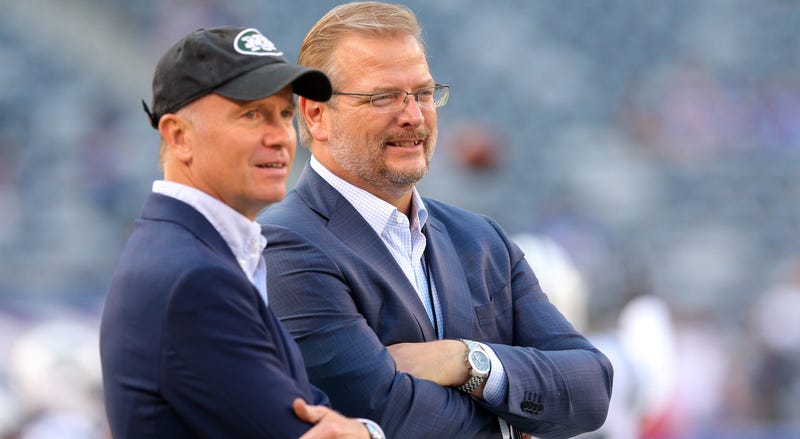 Despite that the Jets haven't reached the playoffs since 2010 and haven't won a Super Bowl in a half-century, Johnson believes that the Jets’ head coaching gig remains an attractive one.

“If you make it here, you’re a freaking legend,” Johnson added.

The challenge of chasing the rival New England Patriots has led to some sleepless nights for the Jets’ chairman.

“It keeps me up at night,” Johnson admitted.

Johnson said that he will make the final decision on the franchise’s next head coach and that coach will report directly to him. There will not be a change to the organizational structure.

“It starts with the fact that the buck stops with me,” Johnson said. “I think I let the fans down here, and I’m going to do everything in my power to make sure that we get to and win the Super Bowl. That’s not just hyperbole. I really believe that. The fans deserve better.”

On Sunday, the Jets announced the long-expected decision that they had fired from Bowles, who went 24-40, a few hours after the Jets finished the season with a 38-3 loss at New England.

New York went 4-12 this year after going 5-11 in each of the previous two seasons, and Bowles' in-game management became a topic of heavy criticism.

Maccagnan’s job is safe. The Jets’ general manager will return in 2019. He signed a contract extension through 2020 in December 2017. That said, Johnson told reporters that the franchise is not currently discussing an extension, though that remains an option in the future.

#Jets CEO Christopher Johnson said that he is not giving GM Mike Maccagnan an extension right now. Two years left in his deal.They might revisit in the future.

Maccagnan said that the organization is currently not considering in-house options to replace Bowles.

“At this point in time, not right now,” he said.

Experts have speculated that the Jets will look toward hiring an offensive-minded head coach. Maccagnan stated that is not necessarily the focus – despite the need to develop quarterback Sam Darnold.

Maccagnan was hired by the Jets in January 2015. Some fans have called for his firing due to his poor drafting record. Selecting Darnold third overall in 2018 and safety Jamal Adams sixth overall in 2017 rank as his finest picks.

The drafting of quarterback Christian Hackenberg in the 2016 second round turned out to be a disastrous pick. Selecting defensive end Leonard Williams at sixth overall saved the 2015 class from being a total bust, but even he has not lived up to expectations.