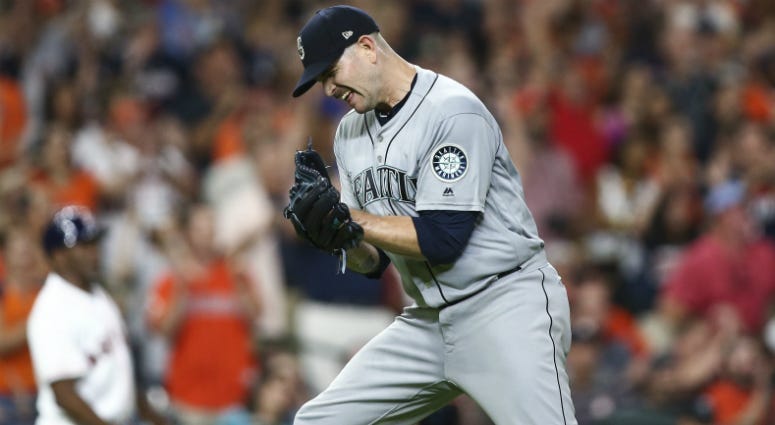 The "hot stove" period of the baseball calendar has only just begun, but the Yankees have already sprung into action. On Monday, general manager Brian Cashman traded three prospects to the Seattle Mariners for lefty starter James Paxton.

Paxton’s addition reinforces a starting rotation that struggled in some of the most important moments of the 2018 campaign. In 28 starts last season the 30-year-old was 11-6 with a 3.76 ERA and 208 strikeouts. He also threw a no-hitter and should compete with other Yankee hurlers to be the team’s ace in 2019.

Cashman still has a busy winter ahead of him, and he said as much when he joined Mike Francesa on WFAN on Tuesday afternoon.

"I mean (I feel) better than the day before," said Cashman when asked how he feels now about the Yankees’ starting pitching, but he explained that he "absolutely" thinks the Yankees need to add more.

"Once we had CC (Sabathia) in the fold we felt we had to at least get two more guys back into this as imports, and so obviously Paxton now is one of those," said Cashman. "We'll continue our focus on the rotation; whether that's a free agent or trade ... it took a month to get something to line-up here with Seattle, so I don't know how much longer it's going to take between the free agents or trades and stuff like that, but we're going to stay engaged ... we're in a better place today for the trade we just made yesterday."

The Yankees’ GM has spoken before about his priority this offseason being pitching, and he clearly thinks Paxton will be a big part of improving that part of the team.

"Obviously, left handed. For the New York Yankees, that speaks to itself," he said. "Big arms. One of the better available starters in the market place. Clearly, we believe and hope that he’s trending in the right direction. The 200 strikeouts certainly stand out last year. We feel over the last three years he's starting to figure it out and put it together and build upon some things; knowing how to go about his business, both in between starts and obviously on game day. And clearly when he has the ball on the mound every fifth day he's pretty competitive and has had a lot of success, so hopefully that will translate right here in the Bronx as well."

Paxton has had his injury issues, but Cashman didn’t seem too worried about any of Paxton’s past ailments haunting him again this season.

"He has had his nicks and bumps along the way, but, as we did our deep dive, nothing that would scare us off," Cashman continued. "Obviously he has had issues, but when he has had them he has had to take a time out and he recovers from them. It doesn't appear to be anything shoulder or elbow related, that would at least be a predictable outcome. So the risk factor on him is the same typically as any pitcher. But hopefully over time he has learned his craft and he has continued to have some takeaways of what's going to keep him on the mound and successful. Hopefully he can carry that into the Bronx and follow that up with two really good years as he approaches free agency."

Listen to the full interview with Brian Cashman below: