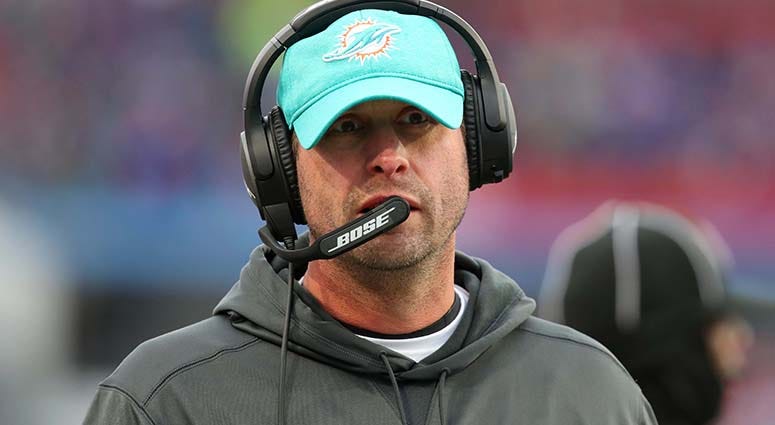 Crowder never played for Gase, but he did cover the coach during his three years with the Dolphins.

Crowder, who works for WQAM Radio, said that Gase had problems with picking talent and relating to his players, and he never proved he was the brilliant offensive mind some had labeled him as.

"I hope (Jets general manager Mike Maccagnan) knows what he's doing because don't put Adam Gase in charge of your 53-man roster," Crowder said. "He's been OK. We weren't 3-13, but you never felt as if this team had an identity."

Gase struggled dealing with players who had "strong personalities," including running back Jay Ajayi and wide receiver Jarvis Landry, Crowder said. And "all the guys I talked to, there was a never a relationship with Adam Gase," Crowder added.

Crowder said that at the root of Gase's flaws was his arrogance.

"The media's going to hate him because of the way he talks, and he blows off questions. 'I'm tried of talking about the offense, I'm tired of talking about third down.' He has an arrogant demeanor, and a lot of people feel as if he didn't earn that arrogance yet to have a Belichickian type approach to the media and the team," Crowder said.

Peyton Manning, who played for him when he was the offensive coordinator of the Denver Broncos, reportedly called Jets CEO Christopher Johnson to endorse Gase for the job.

MORE: Lichtenstein: Volatile Gase Has Potential To Be As Wacky As Jets’ Process That Hired Him

That story sounded familiar to Crowder.

"We got that same call down here," he said. "We were dating the girl and the ex called us, too, and said, 'Oh, she can cook.' And then we find that she couldn't cook."

Crowder said money, of course, can sway the top free agents, but the lower-tier players might in fact look elsewhere.

"I would say that you're not going to get any players from the Dolphins to come up there," Crowder said.