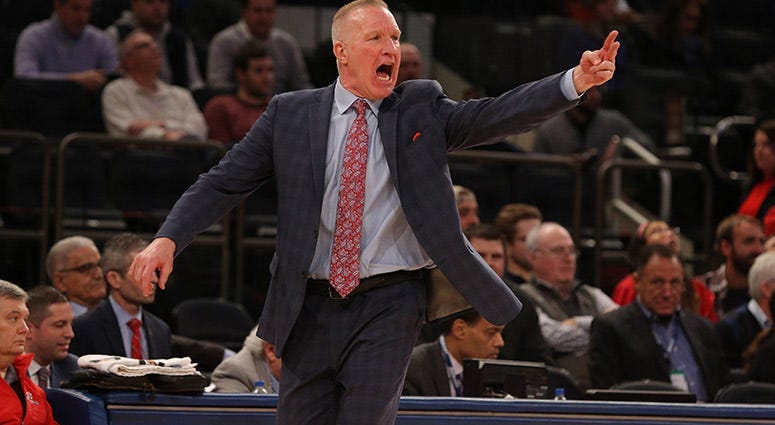 In a news release, athletic director Mike Cragg thanked Mullin for his four years coaching at his alma mater.

"St. John's basketball progressed well during his tenure, culminating with a trip to the NCAA Tournament this past season," Cragg said. "Coach Mullin has a deep passion for this program and he has been committed to helping our student-athletes achieve their goals on and off the court, so I know this was not an easy decision. We wish him and his family nothing but the best as he begins this new chapter of his life."

University President Conrado "Bobby" Gempesaw said the program improved under Mullin, both on the court and in the stands.

"The University community has grown closer, there has been excitement throughout campus, and an increase in school spirit and game attendance both at Carnesecca Arena and Madison Square Garden," he said. "We thank Chris for his service to our University and wish him and his family the best."

Mullin, a former St. John's star and Basketball Hall of Famer from his years playing in the NBA, just wrapped up his fourth — and most successful — season leading the Red Storm. St. John’s went 21-13 and reached its first NCAA Tournament under Mullin before losing to Arizona State in a First Four game.

It's not entirely clear why the 55-year-old coach, who had two years left on his contract, and St. John's have split. WFAN college basketball insider Jon Rothstein told WFAN's Evan Roberts on Tuesday that the two sides had "good discussions" in recent days but that Mullin ultimately decided "it was time to move on and start a new chapter."