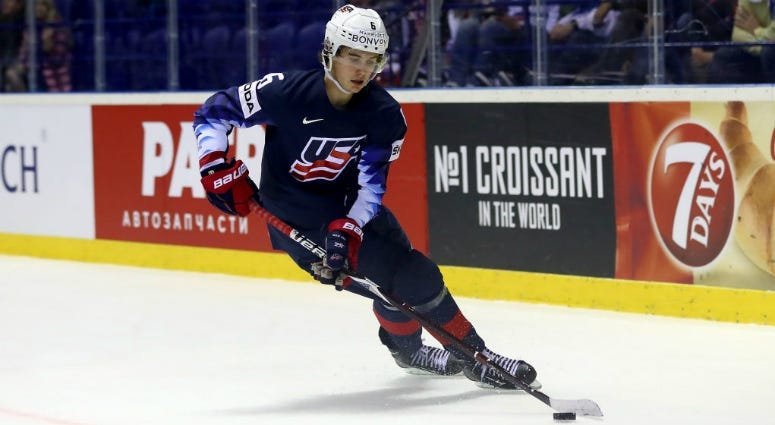 When the moment finally arrived, the New Jersey Devils followed script and drafted top prospect Jack Hughes with the first overall pick of the 2019 NHL Draft in Vancouver.

Hughes is a 5-foot-10 American center who has been in the crosshairs of Devils fans since they landed the first pick in early April. He's the prize after the ending of a long season of struggle in Newark.

The Orlando, Florida native played with USA Hockey’s U-18 National Development Team, which competes against USHL teams, international teams and some college teams. Hughes performed immaculately there as well, racking up 112 points (34 G, 78 A) in 50 games.

Hughes’ quick first step and strong skating ability have made him desirable since the second he became draft eligible. His tremendous vision sets him apart from his peers at the lower levels, which has shown in the massive assist numbers he puts up. At times, these extraordinary skills lead Hughes to try and do too much with the puck, but he should be a quick learner and should pick up the flow of the Devils quickly.

While his talents make him NHL ready, Hughes still has some growing to do. He is a young player that lacks the same upper body strength that many pros rely on to get into the dirty areas on the ice. He will benefit tremendously from being around a locker room filled with veterans like Andy Greene and Travis Zajac, and from being in an NHL weight room.

Hughes gives Devils fans a talent to be truly excited about after a terrible 2018/19 season.