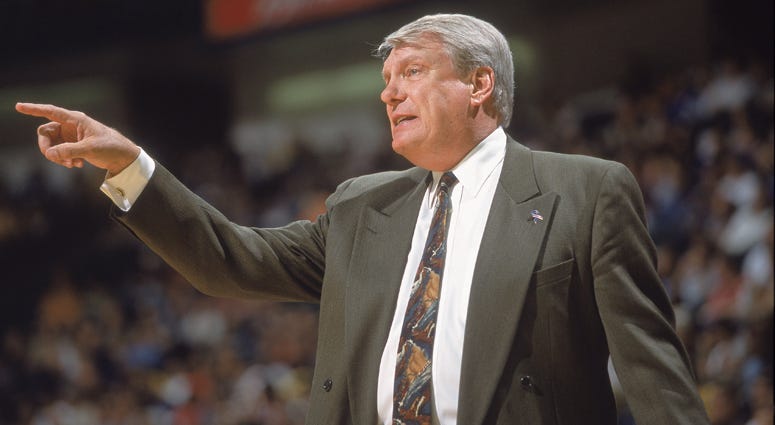 Don Nelson didn't last long as the Knicks' head coach, and he's pretty sure he knows why.

In an interview with HBO’s "Real Sports with Bryant Gumbel," Nelson, who coached the Knicks during the 1995-96 season, confirmed that he suggested to the team's brass that Patrick Ewing should have been traded to make room for a different superstar.

"I said, 'You need to trade Patrick Ewing, and you need to trade him right away. There's a guy by the name of Shaquille O’Neal that’s available, would love to come to New York, and we can jump in there and beat the Lakers out and get this guy. And we should do it,'" Nelson said. "And of course it got back to Ewing, and I was done. I was toast."

Nelson said he didn't think Ewing, 33 at the time, "had very much left in the tank."

"He was one-dimensional," Nelson said. "He was interested in rebounds and points, and that was it. And I thought that we could do better.”

Nelson said James Dolan heard him out. "But I got fired about a month later, so somebody didn’t like it," he said.

The longtime NBA head coach added that Ewing never confronted him about it, but he could tell their relationship had soured soon after.

"We had to split up after that," he said.

Ewing remained with the Knicks for five more years and was selected to two more All-Star Games. He spent the final two seasons of his career with the Seattle SuperSonics and Orlando Magic.