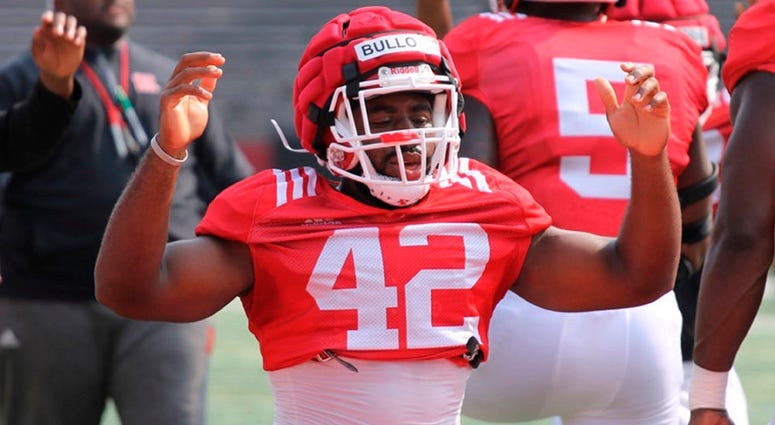 A Rutgers University football player has been charged in connection with an alleged plot to commit murder, proseuctors in New Jersey say.

Prosecutors allege that Bullock on Monday "initiated a plot to murder the family members of an acquaintance." They said the alleged intended victims aren't affiliated with the university.

Citing five people inside the Rutgers program or close to Bullock, NJ.com reported that the junior linebacker was distraught after breaking up with his longtime girlfriend and made comments to a teammate that were construed as threats toward the woman's family. The teammate told a strength coach about the comments, which evenutally led to Rutgers police being notified, according to the report.

A university representative said Bullock, a walk-on from from Linden, has been dismissed from the team and the university is initiating disciplinary proceedings.

Bullock is being held at the county jail pending an initial court appearance in New Brunswick. It's unclear whether he has an attorney.