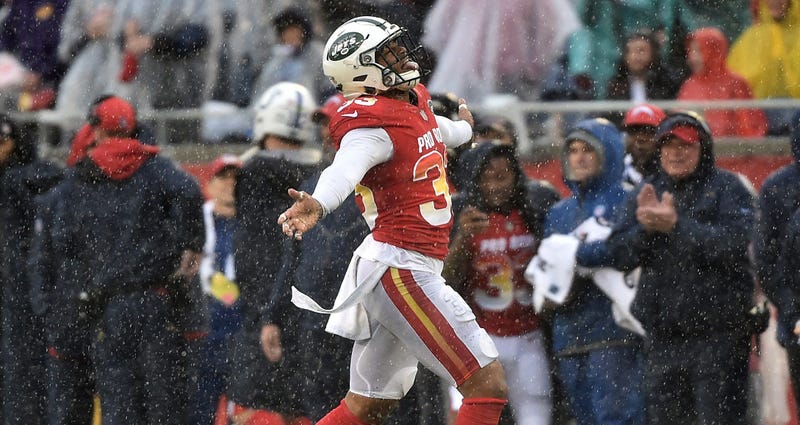 Jamal Adams was named the Defensive MVP at Sunday's Pro Bowl, but that doesn't mean he thoroughly enjoyed his first appearance in the NFL's all-star game.

Speaking to WFAN's "Boomer & Gio" on Wednesday, the Jets safety said he was irked by the slower pace of play.

"At the very beginning of the game was very frustrating. It was," Adams said from Super Bowl Radio Row in Atlanta. "Because I don't like the tempo. I'm not going to lie to you. I can't stand the tempo. Because at the end of the day, man, this is an opportunity of a lifetime to go to a stage and play with the best of the best and see who's really the best. To me, I think everybody needs to go full speed.

"Now, I don't know how we're going to try to get that to happen because certain guys, they want to go out there and don't want to get hurt. But the speed has to pick up."

MORE: Gronkowski Says Patriots Will Look To Get Revenge On Jamal Adams For Hit On Mascot

The Pro Bowl, which was won by the AFC 26-7, has been a lightning rod for criticism and a source of jokes for years. In the eyes of football purists, it took another step in the wrong direction Sunday when some offensive players switched to defense and vice versa.

"I was always raised to play the game the right way because you never know when it could be your last," Adams said. "It could be your last Pro Bowl. You never know. And I know one speed, one speed only. And I'm not going to go out there and disrespect the game. I was mic'ed up during the game, and at the beginning, I was holding my tongue because I was really frustrated, man, because it wasn't fun."

Adams had two tackles, a sack and an interception in the Pro Bowl. For winning defensive MVP, he was given a car.

Of course, Adams' time in Orlando last week has generated the most headlines for his surprising tackle of the Patriots' mascot. The hit left the man in the Pat Patriot costume with jaw, neck and back soreness. He also was evaluated for a concussion.

To listen to the interview, in which Adams also discusses Adam Gase, Sam Darnold and more, click on the audio player above.