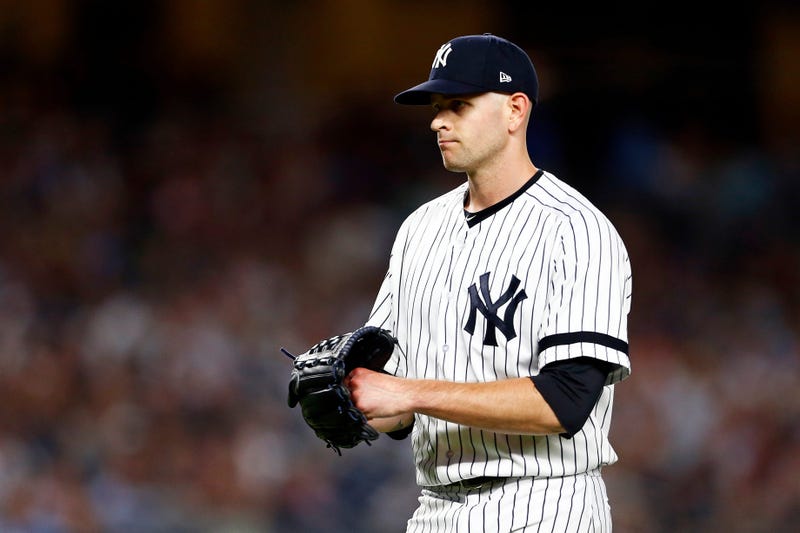 James Paxton is headed for an MRI on his left forearm and elbow after feeling discomfort following his five-inning outing in Thursday’s loss to the Rays.

Paxton’s overall line was still much better than recent outings – five innings, three runs, one hit, three walks, eight strikeouts – but he had thrown four near-perfect innings before three walks, a wild pitch, and RBI double and a sac fly in the fifth turned a 2-0 Yankees lead into a 3-2 deficit.

And, after the game, manager Aaron Boone revealed a possible reason why.

“Well, the unfortunate thing is that he’s left for an MRI, too; he felt a little discomfort in his forearm and elbow the last couple pitches of that fifth inning, and so we’ve sent him to see what’s going on there,” Boone said. “I was taking him out of the game, but I asked him when I saw him flexing a little bit if his elbow was okay, and he said it just tightened up on him a bit.”

Paxton’s issues come on the same day that the Yankees had to remove Gleyber Torres from the game after three innings due to hamstring tightness, and placed reliever Zack Britton on the injured list with a hamstring strain suffered Wednesday night.

The Yankees already had one-third of their starting lineup on the IL and two pitchers out for the season, and now, the team may have lost its shortstop and one of its top starters in the same game.

“When anyone goes down with something, I feel for the individual. We’ll find a way to make do, and it allows for an opportunity someone else to step up in their absence,” Boone said.

The Yankees may, however, end up with another unfortunate reprieve: their next opponents, the Mets, had their Thursday night game in Miami postponed after someone on the team tested positive for COVID-19, and MLB later decided to postpone Friday's scheduled Subway Series opener at Citi Field as well, with further postponements of that series pending.