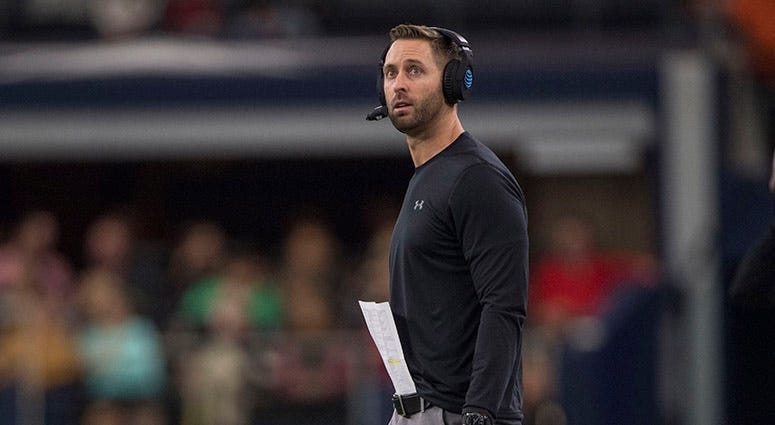 There appears to have been a change of heart at the University of Southern California.

Kliff Kingsbury has been touted as an option for a few of the head-coaching vacancies in the NFL, including that of the New York Jets, but USC, his current employers, weren’t willing to let their offensive coordinator interview for other jobs. Now, they’ve apparently relented.

According to The Athletic's Bruce Feldman, the Jets will now interview Kingsbury regarding their head coaching position.

Kingsbury is in demand after six years as the boss at Texas Tech, where he had an overall record of 35-40. In November, the Red Raiders announced that Kingsbury wouldn’t be brought back in 2019, and he subsequently signed with USC to be their offensive coordinator on December 5.

It was reported earlier that the Jets had interest in interviewing Kingsbury as a possible replacement for Todd Bowles. Time will tell if he is as interested in the Jets as they are in him.

Kingsbury has already spoken with with the Arizona Cardinals since USC decided to allow him to speak to professional teams.

music
BTS are returning to the United Nations: Here's why
news
WATCH: Ohio lieutenant governor nearly booed off stage for urging people to wear masks at rally
sports
Bucs Player Vents After Brett Favre Spotted in Stands
1thing
Do you need to rake leaves in the fall? Conservation group says ‘no’
music
Jack Osbourne's 3-year-old daughter has coronavirus: 'Children can get COVID'
i'm listening
I'm Listening: Lewis Capaldi urges that therapy is for everyone