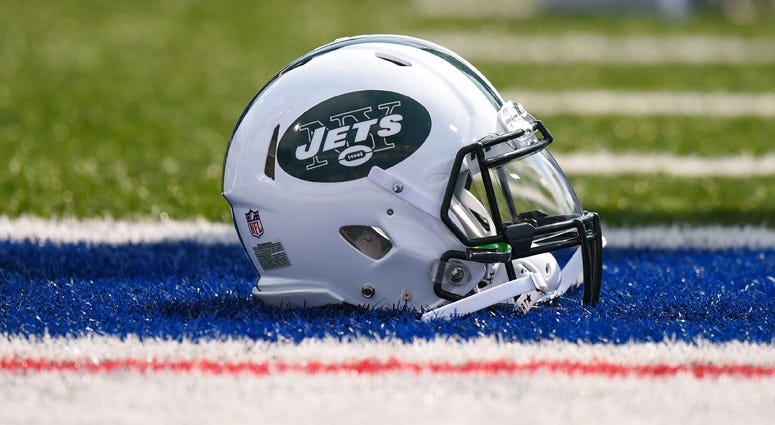 Terrelle Pryor wasn't exactly chummy with his old teammates Tuesday when the Jets and Redskins met in a joint practice in Richmond, Virginia.

A video posted on Twitter by Mitch Brown of WTKR-TV in Norfolk, Virginia, on Tuesday morning showed Redskins safety Montae Nicholson breaking up a pass intended for Pryor in the end zone. Shortly after the play, Washington's D.J. Swearinger is seen jawing with Pryor and then pretending he was going to throw a punch, which caused a big-time flinch by Pryor.

After a breakout 2016 season with the Browns, Pryor signed a one-year, $8 million contract with the Redskins in March 2017. But the quarterback-turned-wideout had a disappointing, injury-plagued season, catching just 20 passes for 240 yards with a touchdown.

The Jets then signed the former Ohio State star to a one-year, $4.5 million deal this past offseason. Pryor is competing for snaps against Robby Anderson, Quincy Enunwa, Jermaine Kearse and others.

MORE: Lichtenstein: Jets Would Be Foolish To Trade Bridgewater

It has been a chippy few days of practice between the Jets and Redskins. New York defensive end Nathan Shepherd and Washington guard Shawn Lauvao got into a skirmish Tuesday. And on Sunday, a couple of brawls broke out between the teams.

music
BTS are returning to the United Nations: Here's why
news
WATCH: Ohio lieutenant governor nearly booed off stage for urging people to wear masks at rally
sports
Bucs Player Vents After Brett Favre Spotted in Stands
1thing
Do you need to rake leaves in the fall? Conservation group says ‘no’
music
Jack Osbourne's 3-year-old daughter has coronavirus: 'Children can get COVID'
i'm listening
I'm Listening: DJ Khaled’s ‘we the best’ mantra is meant to benefit your mental health