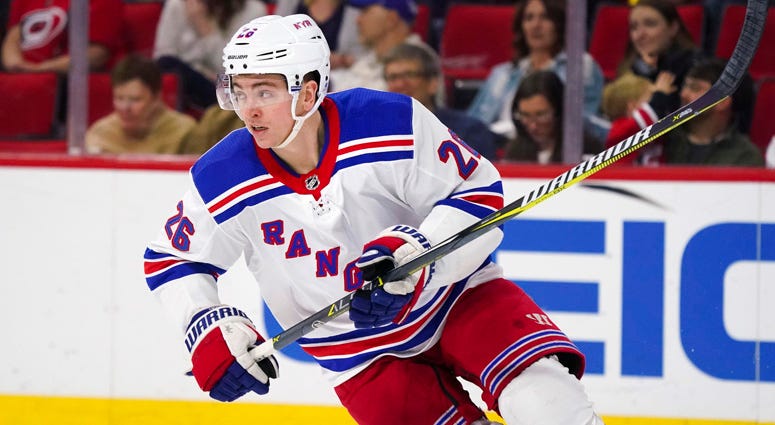 The Rangers on Monday traded winger Jimmy Vesey to the Buffalo Sabres for a third-round draft pick in 2021.

It's actually the second time the Sabres have traded for Vesey. In 2016, they sent a third-round pick to the Predators to gain exclusive negotiating rights with Vesey after the former Harvard standout informed Nashville, the team that drafted him in 2012, he would not sign there.

Vesey and Buffalo, however, never reached a deal, and he ended up signing with the Rangers instead.

The move clears salary-cap space for the Rangers as free agency kick off Monday. The 6-foot-3, 200-pound Vesey is due to earn $2.35 million next season and will become an unrestricted free agent in the summer of 2020.