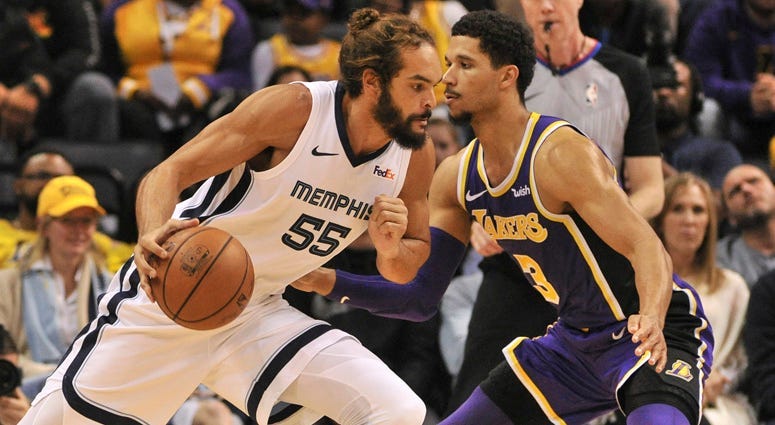 MEMPHIS (WFAN) -- Joakim Noah says his penchant for partying was among the reasons why his time with the Knicks was disastrous.

Talking to the "Chris Vernon Show" in Memphis, where he signed with the Grizzlies earlier this month, Noah said he was "too lit to play in New York City."

"Memphis is perfect for me," the 33-year-old center said. "We were lit in Chicago, but I was young, so you recover faster."

Noah, who was born and raised in New York, said that after his first game with the Knicks, he had about 60 people at his house. Noah's partying was so well known that young Knicks players were told not to hang out with him, a source told the Daily News' Stefan Bondy.

The Knicks signed Noah to a four-year, $72.6 million contract in June 2016 but ended up waiving him in October, just two years into the guaranteed deal. In January 2018, Noah and then-coach Jeff Hornacek reportedly got into a physical altercation, which led to Noah being exiled from the team.

He was also disappointing on the court, was often injured and was suspended for violating the league's policy on banned substances.

"I don't think it was one thing; I think it was a lot of things," Noah said when asked what wrong in New York. "But I'm not here to blame anybody or it's anybody's fault. It just didn't work out. I can look back on it and say I thought I was ready for New York City, but I wasn't."

Noah, who was a two-time All-Star and Defensive Player of the Year with the Bulls before signing with the Knicks, admitted he was "sad" after being released.

"It happened so fast," he said. "One year, I'm playing 30, 35 minutes a game, and then injuries just started piling up, and I got this crazy deal with the Knicks. And the next thing you know, I'm just not playing anymore and get kicked off the team, and it was a crazy time. So I wasn't sure I was going to get an opportunity to play again."

In the five games he's played in since joining the Grizzlies, Noah is averaging 16 minutes, 6.2 points and 3.8 rebounds per game.