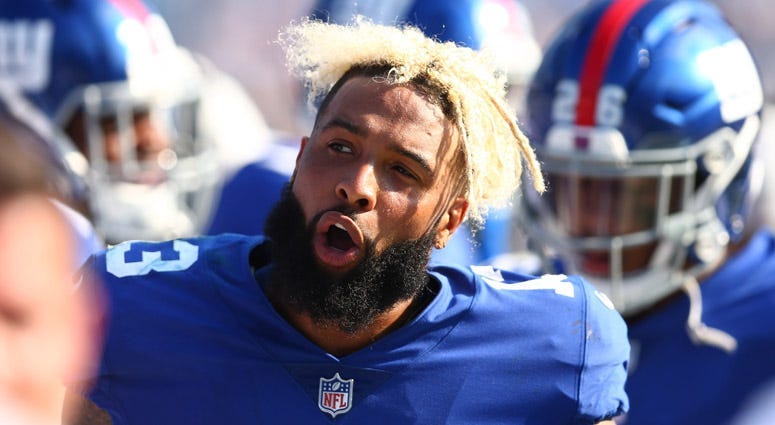 Another round of NFL owners meetings has begun with the Giants' John Mara criticizing Odell Beckham Jr.

Asked about his controversial star wide receiver Tuesday in New York, Mara said: "I wish he would create the headlines by his play on the field as opposed to what he says and what he does off the field. I think he needs to do a little more playing and a little less talking."

Beckham broke his months long string of model teammate behavior earlier this month when in an ESPN interview he voiced his frustration about the organization and the offense, some of the comments coming across as shots at Eli Manning. The remarks reportedly resulted in the team fining Beckham.

They are also reminiscent of remarks Mara made about Beckham when NFL owners met in Orlando, Florida, in March, when the Giants co-owner said, "I’m tired of answering questions about Odell’s behavior and what the latest incident is."

That meeting happened shortly after a video went viral showing Beckham in bed with an aspiring French model who had a credit card and a plate with lines of a white substance on it. Mara also previously expressed his frustration about Beckham's dog-peeing touchdown celebration last season.

The three-time Pro Bowl wide receiver also had another sideline tantrum during Thursday night's blowout loss to the Eagles, marching to the locker room before the end of the first half and slamming his head into a giant cooling fan during a second-half fit.

The Giants are 1-5 this season. Beckham has caught 45 passes for 506 yards with one touchdown.

“We still believe in him, but everybody needs to do their jobs in order for us to be successful, and right now that’s not happening," he said. "I know he’s the punching bag right now, but a lot of guys need to play better when you’re 1-5."