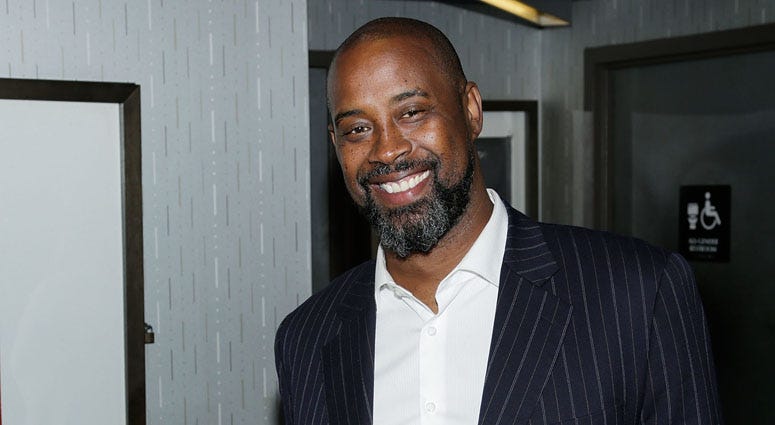 Very few Westerners have ever set foot on North Korean soil. Former NBA player Kenny Anderson is one of them.

Speaking on WFAN's "Carlin, Maggie and Bart" show Tuesday afternoon, Anderson detailed his experience of traveling to one of the most secretive countries in the world.

"It was a great learning experience," Anderson said.

“I didn't really know so much about North Korea,” the Queens native and former Nets All-Star said. “If I would've done my due diligence before I went, I'm not sure if I would have even went, but it all worked out fine.”

Touring the nation as “ambassadors” for the game of basketball, Anderson’s group included the likes of many other former professional players, including five-time NBA champion and controversial public figure Dennis Rodman, who has become close friends with North Korean leader Kim Jong Un. While Anderson briefly met Kim, he never got a full impression of him.

"He's just real stoic and plain,” Anderson said of Kim. “I don't know him as well as Dennis Rodman. (Rodman) went to his palace, dinners and things of that nature. I didn't want to go.”

In light of the historic summit meeting between President Donald Trump and Kim on Tuesday morning in Singapore, Anderson commented on Rodman’s diplomatic role as bridging of two nations.

"Besides maybe winning a world championship in the NBA, if (Rodman) could bring two countries together, that's probably the biggest accomplishment he will ever do in his life," Anderson said. "He's been taking steps to do that.

Kim "is a big fan of Dennis Rodman, and (Rodman) is bringing him and Trump together. So if it all works out in peace, that's great."

Rodman has received severe backlash in recent years for his reportedly close relationship with the North Korean dictator. Despite the numerous antics that have repeatedly put Rodman in the spotlight over the years, Anderson believes the five-time NBA champ's heart is in the right place.

"He's a very emotional human being,” Anderson said. “I think he wants peace in this world, and he has so much emotions tied up into his situation.”

Reflecting back on his time in a country that so few people from the United States have seen in person, the retired 14-year veteran has no misgivings.

"No, I don't regret going,” Anderson said. “I was one of those people in the world that have been over there. It was a historic moment for me.”

And regarding the summit meeting, Anderson is optimistic that things will work out for Rodman, as well as for the leadership of both countries.

“Who knows? Maybe he can get it done," referring to Rodman and an agreement between the U.S. and North Korea.

sports
Jalen Hurts talks Carson Wentz trade, being Eagles' No. 1 QB
news
Burger King is under fire for controversial tweet on International Women’s Day
sports
Bet these 3 long shots to win their 2021 NCAA conference tournaments
music
Watch Maggie Lindemann cover No Doubt's 'Just A Girl' for International Women's Day
music
Bethenny Frankel apologizes after slamming Meghan Markle ahead of Oprah interview
music
Everything you need to know about the 2021 GRAMMY Awards: Who's performing, how to watch, and more!