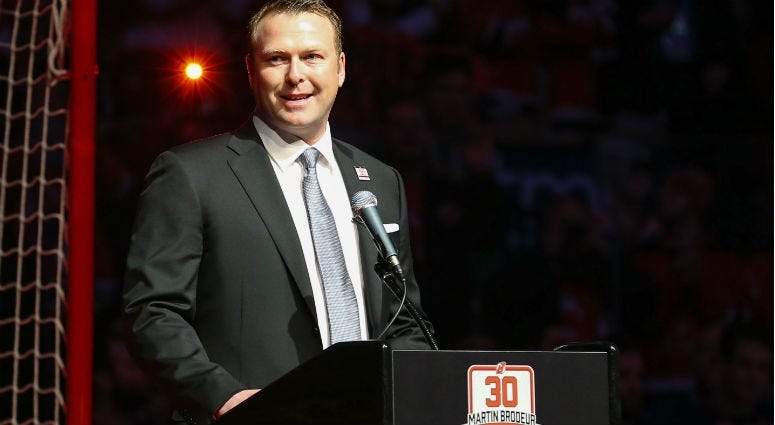 Martin Brodeur is returning to the New Jersey Devils as executive vice president of business development.

Brodeur is back with the franchise he led to the Stanley Cup three times and became the NHL's all-time-leading goaltender in victories. The 46-year-old shifts to the business side after three years in hockey management as assistant general manager of the St. Louis Blues.

The Devils announced Brodeur's hire Wednesday, less than 24 hours after the Blues said he left the organization to pursue other opportunities. Brodeur will report to team president Hugh Weber and will work on business opportunities for the Devils, Prudential Center and the community.

"It feels fantastic to be back home here in New Jersey," Brodeur said in a news release. "This unique opportunity will allow me to build on existing relationships in the business community and take on a new challenge in my career. I've been able to work in all facets of the game of hockey and have had a growing interest in the business surrounding the game."

Said Devils team president Hugh Weber: "Marty's addition to our extraordinary collection of business executives driving our efforts will advance our results exponentially. The fabric of this organization was built over decades of Marty's commitment to excellence. His everyday presence will have a profound effect with our fans, our partners, and the community."

Brodeur spent 21 of his 22 NHL seasons with New Jersey, lifting the Cup in 1995, 2000 and 2003 and winning the Vezina Trophy four times as the league's best goalie. He was elected to the Hockey Hall of Fame in June and will be inducted in November.