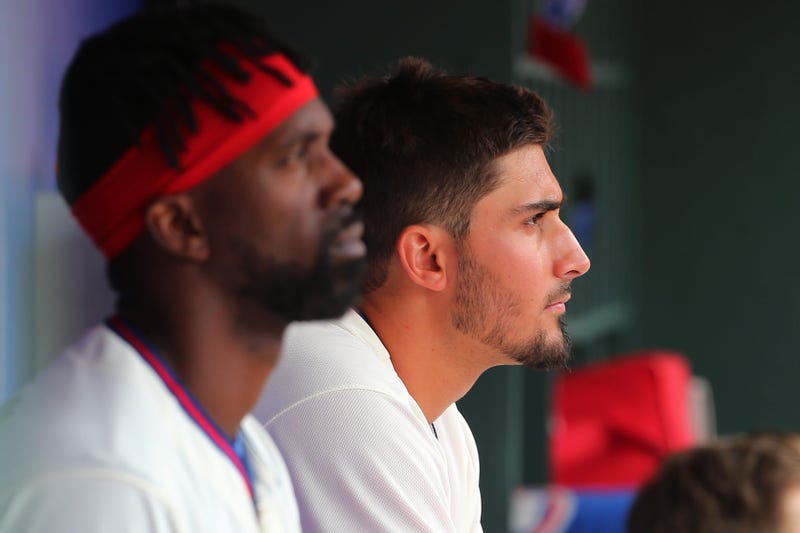 Andrew McCutchen was “honored” to be a New York Yankee during their 2018 playoff run, but there was one part of the job he didn’t necessarily like then, and still doesn’t like today: the team’s policy on hair length and facial hair.

In fact, in an appearance on “The Sports Bubble” podcast last weekend, Cutch told host Jensen Karp that policies like the Yankees’ “take away from our individualism as players and as people.”

“I definitely do think it takes away from our individualism as players and as people; we express ourselves in different ways, and I didn’t like those policies of shaving and letting the jersey speak for itself (regarding the lack of names on the back of jerseys),” McCutchen told Karp.

The Yankees’ hair policy, enacted by George Steinbrenner in 1973, forbids hair past the collar of the jersey and facial hair beyond a mustache, and it is one that has had some famous incidents in the past – ranging from Don Mattingly’s locks that were lampooned during his appearance on The Simpsons to the Clint Frazier fiasco of 2017 that required intervention from Reggie Jackson.

A policy right for George’s time, but McCutchen thinks that the current generation of Steinbrenners should give it a trim.

“I feel like maybe there should be some change there in the future, who knows when, but it’s just one of the many things in this game that I feel needs to be addressed,” McCutchen said.

The policy has become so famous that when players with facial hair or long hair join the Yankees, a clean-shaven mockup is usually one of the first photos put out – and likewise, it’s almost ritual for players to grow out their locks and whiskers when they leave the team, some to the point of being unrecognizable.

McCutchen, memorably, told YES Network that when he joined the Yankees in 2018, he held his young son in his arms as he shaved his beard, just so the baby would recognize him when he was done. That wasn’t his first endeavor in that realm either, as he dropped some hair in 2015 when he chopped off his signature dreadlocks and sold them to raise money for charity – an endeavor he told Karp was “very tough” to do even given the reason.

“That’s who I was; that was how I expressed myself. That’s who made me Andrew McCutchen,” he said. “It made me unique. I think, especially in this year, the year of 2020, I just feel like these things are, or should be, things that people should take at heart and realize that we have a way of expressing ourselves in different ways.”

McCutchen, who recently showed how much swagger he can carry in a new baseball card, certainly has some pinstriped company in that regard in Philly – ex-Yankee David Robertson has sported a beard during his early tenure as a Phillie, Didi Gregorius can grow out his mustache into a full cover if he chooses, and even the normally-baby faced Joe Girardi can let the fuzz fester as he takes on his role as manager.