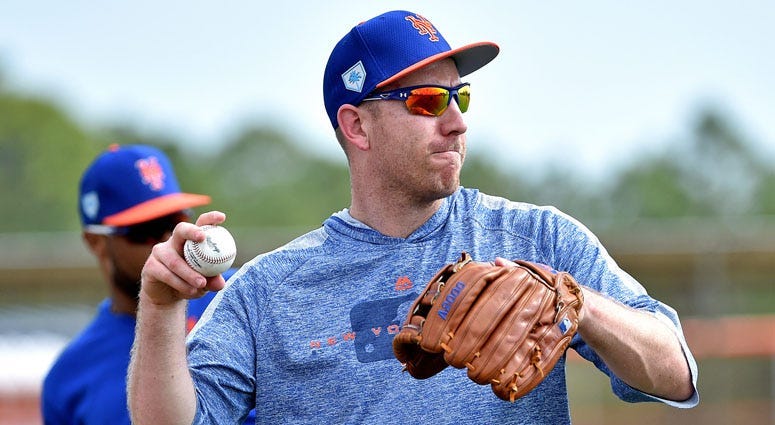 Two of the Mets’ key infielders won’t be ready when the real games start.

Mickey Callaway’s team opens the season Thursday when it travels to Washington for a series with the Nationals. Todd Frazier and Jed Lowrie suffered injuries during spring training and were always doubts to be back for opening day, and now WFAN baseball insider Jon Heyman is reporting that both players indeed won’t be available.

Todd Frazier and Jed Lowrie are progressing but neither will be ready for Opening Day. Jeff McNeil, who is impressing with his versatility, is expected to start the year as the primary 3B (until Frazier/Lowrie are ready)

Frazier and Lowrie both picked up injuries in late February during the second week of spring training. Frazier is dealing with an oblique strain, while Lowrie has a knee sprain.

Lowrie has had injury issues before, and the 33-year-old Frazier isn’t exactly in his prime. The latter only played in 155 games last year due to hamstring and rib injuries. The Mets are clearly being cautious. Both ailments were said to be relatively minor, but Lowrie and Frazier have now been out for over a month.

According to Heyman, Jeff McNeil will be the team’s everyday third baseman to start the season. McNeil, who is 26 years old, was called up to the big leagues for the first time in July. His Mets career started on an encouraging note when he recorded a hit on the first pitch he faced. He went on to bat .329 over 63 games.

J.D. Davis could also see time at third base with Frazier unavailable.