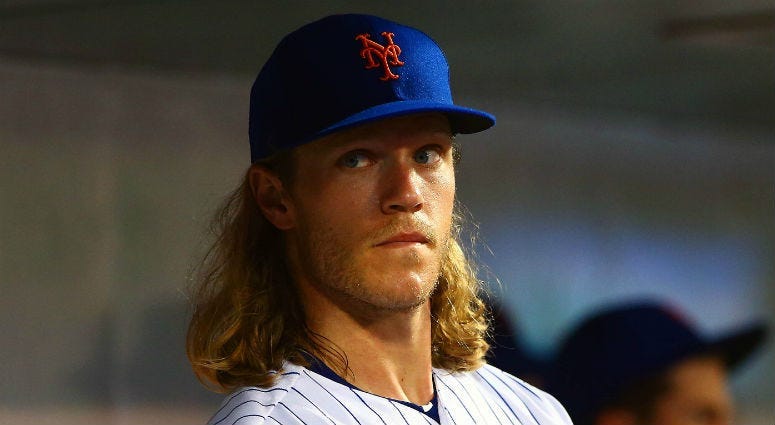 The Mets placed pitcher Noah Syndergaard on the 10-day disabled list Tuesday with a strained ligament in his right index finger, the team announced.

The diagnosis was made after Syndergaard underwent an MRI and clinical examination at the Hospital for Special Surgery in Manhattan.

The DL stint is retroactive to May 26.

Syndergaard was removed from his last start, Friday night against the Brewers, after just 78 pitches. The right-hander allowed three runs over six innings in the no-decision.

Entering Tuesday night's game at Atlanta, the Mets are 26-25, four games behind the Braves for the NL East lead. New York has lost six of its last eight games.