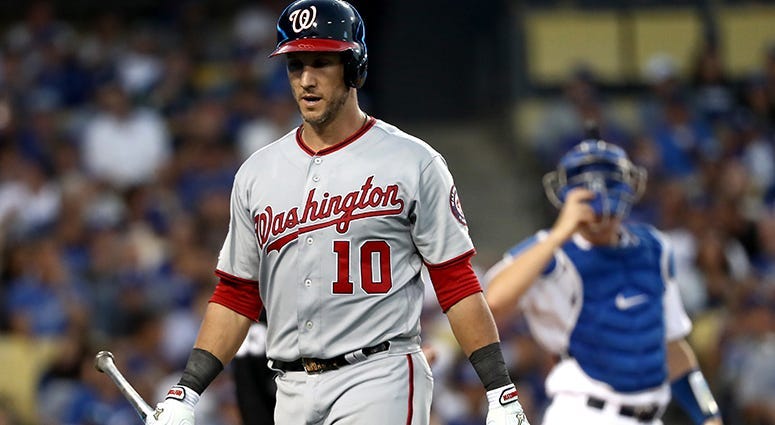 Earlier this month, new Mets general manager Brodie Van Wagenen indicated he is satisfied with the catchers currently under team control. But that apparently hasn't stopped him from seeking an upgrade.

The Mets have discussed with the Indians a trade for catcher Yan Gomes, reported SNY's Andy Martino, who added there's a "decent chance" a deal could be reached.

The Brazilian-born catcher is set to earn $7 million next season and has club options for 2020 and 2021.

Mets catchers Travis d'Arnaud and Kevin Plawecki are arbitration eligible this offseason. D'Arnaud, 29, played in just four games last season before undergoing Tommy John surgery on his right, throwing elbow. Plawecki, 27, played in 79 games in 2018, hitting .210 with seven homers and 30 RBIs. He missed about six weeks early in the season with a hairline fracture in his left hand.

The Mets also have Tomas Nido, their top catching prospect who was thrust into action in 34 games last season due to the injuries to d'Arnaud and Plawecki. Nido, 24, batted .167 with one home run and nine RBIs.

"We’re in a fortunate position that we don’t have to do anything in the catcher market," Van Wagenen said at the general manager meetings on Nov. 8. “We’ll continue to talk to free agents at that positions and others and then also exploring trades. But we can go into camp right now feeling like we have that position covered."

The Mets have also been linked in various reports to free agent catchers Yasmani Grandal, Wilson Ramos and Martin Maldonado. J.T. Realmuto is also available in a trade, but the Mets are not believed to have the prospects needed to meet the Marlins' reportedly high asking price for him.