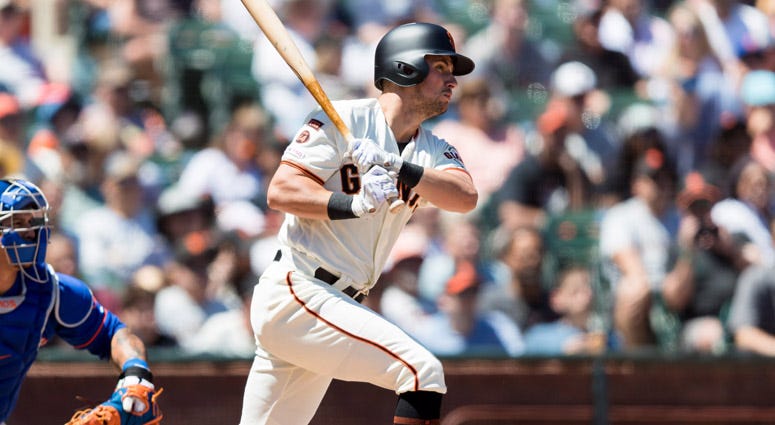 With Mets second baseman Robinson Cano out indefinitely, is it time for Panik?

After the San Francisco Giants designated Joe Panik for assignment Tuesday, Newsday reported that the Mets will "talk about" signing Panik if the second baseman becomes a free agent.

Cano is on the injured list with a torn left hamstring, suffered while running the bases Sunday against the Pittsburgh Pirates. For at least the time being, the Mets plan to platoon between Luis Guillorme, Jeff McNeil and Adeiny Hechavarria at second base.

Panik, 28, was a key contributor on the Giants' 2014 World Series-winning team and was an All-Star in 2015, when he hit .312. He, however, has struggled this season, batting just .235 with three home runs. He became expendable when the Giants acquired Scooter Gennett from the Cincinnati Reds before last week's trade deadline.

Panik is a native of Hopewell Junction, in Dutchess County, and played at St. John's.

He is unlikely to be claimed off waivers because his new team would owe him the remainder of his $3.85 million salary this season. If he clears waivers, Panik could be signed for a prorated portion of the $550,000 minimum salary. Because Major League Baseball discarded its second trade deadline this season, the Giants cannot deal Panik to another club.

After winning 12 of their last 13 games, the Mets sit just 1½ games out of the second wild-card spot in the National League.

The Mets' potential interest in Panik seems to be in the very early stages, but it's a situation worth monitoring.