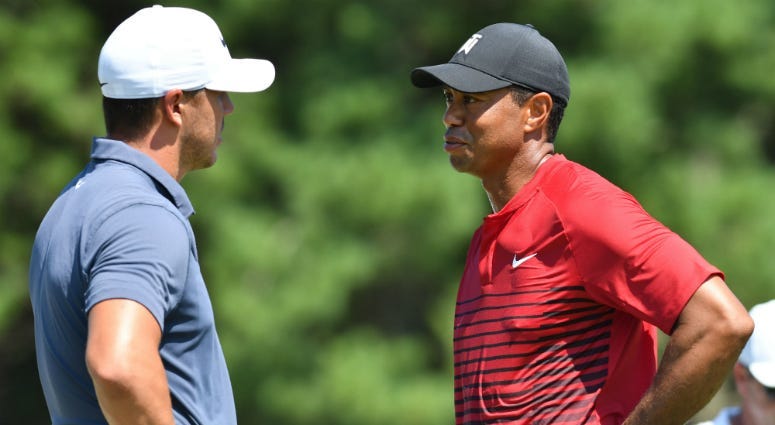 All eyes are on Tiger Woods ahead of Thursday's first round of the PGA Championship.

Woods is fresh off winning the Masters, his first victory in a major tournament since 2008. He will now play at Bethpage Black for a chance at another win.

Michael Breed, host of Sirius XM’s “A New Breed of Golf," joined Mike Francesa on Tuesday afternoon to preview this year’s edition of the PGA Champonship. Breed was impressed with Woods’ win at Augusta, but wasn’t sure that he would perform as well on Long Island.

“He’s driving the ball better than he’s driven the ball in a long, long time … at Augusta he hit 80% of his greens, which is the recipe for being successful at Augusta National. However, the problem here at Bethpage … this is going to be a golf course that’s a little sloppy. In the horse analogy, it’s kind of a sloppy track … we’ve known Tiger to be a little bit crazy, a little bit lacking control, with the driver, and as the driver goes for Tiger this week, so goes his scoring.”

Woods has won the PGA Championship four times before, but not since 2007. He won the 2002 US Open at Bethpage Black. If he wins at the weekend it would be his sixteenth win in a major tournament.

Brooks Koepka won the tournament last year, and Breed thought he had a significant chance to win it for a second time in a row.

“I love Brooks Koepka this week. He’s coming off of a fourth place finish last week, and I think that when you see Brooks Koepka you see a guy that moves the ball beautifully, not unlike Dustin Johnson, from left to right … in the PGA Championship last year, which was an August event at Bellerive, he basically made the golf course accept his left-to-right tee-shot … I just think this golf course is made for him.”

Click on the audio player above to listen to Mike Francesa's full interview with Michael Breed.