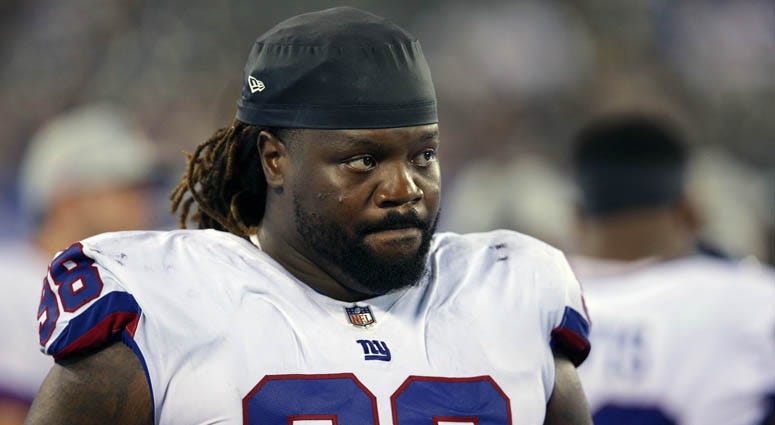 Mike Francesa responded Friday to some insults hurled at him on Twitter by former Giants defensive tackle Damon "Snacks" Harrison.

On Thursday, Harrison called Francesa a "senile old man." He also said Francesa complimented him after he signed autographs for his kids for $4,000, but that the sports talk host's attitude toward him changed after he declined to appear on his show.

After a caller brought up Harrison's tweets, Francesa said: "He's become a clubhouse laywer. The Giants got rid of him after bringing him in and he had an All-Pro season. He became a guy who had talked and talked and talked, and the Giants dumped him. The guy was a great guy when he first came in the league, and he changed. That's the bottom line."

Francesa explained that he hired Harrison to appear at a function for a "school of kids" and that he was great with the children.

To listen to the segment, click on the audio player above.