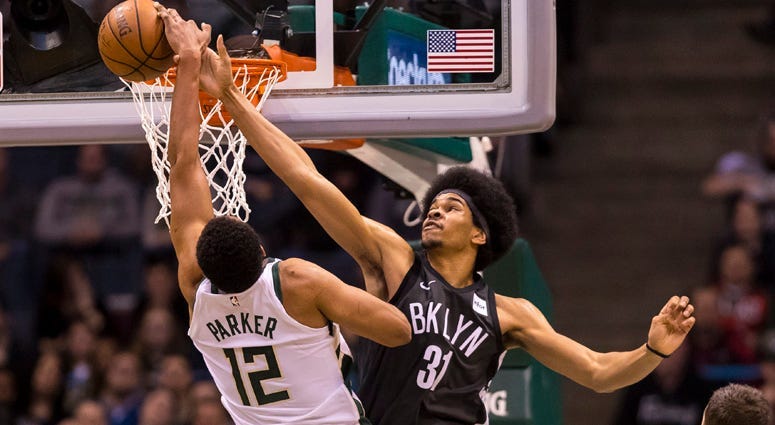 The Nets begin their highly anticipated new season on October 23 against the Minnesota Timberwolves.

Kyrie Irving and company just recently got back from China after playing two preseason games overseas in the midst of the NBA’s crisis following Daryl Morey’s tweet about Hong Kong. Ahead of the new season, they’ve tied up two young players for another year.

The team announced Monday that it has exercised the options for the 2020-2021 season on the contracts of both Jarrett Allen and Dzanan Musa.

-- The Nets have exercised the 2020-21 contract options for Jarrett Allen and Dzanan Musa.

Allen continued to grow as a player last year as he established himself as one of the better shot-blockers in the Eastern Conference. He will have to share his playing time this campaign with DeAndre Jordan, who signed as a free agent this summer, but Allen is the young player with his whole career ahead of him. He could still be the team's starting center for much of the year.

Musa spent most of last season playing for the Nets’ G League affiliate on Long Island. He only appeared in nine NBA games, but the Bosnian international is still only 20-years-old. He might have a bigger part to play for Kenny Atkinson’s squad this year.

Both Allen and Musa will be members of a Nets team that will look a lot different than it did when it was knocked out of the playoffs in the first round by the 76ers. That being said, expectations will be a bit restrained as Kevin Durant is expected to miss the entire season due to his Achilles injury.