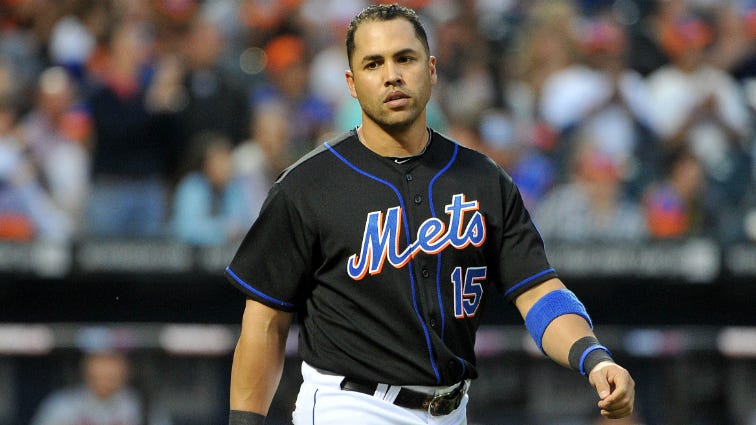 Reports: Mets To Name Carlos Beltran As Next Manager

Juan Lagares' tenure with the Mets has reportedly reached its end.

The Mets declined Lagares' option for the 2020 season, the club announced on Friday. Lagares becomes a free agent as a result of the move. He spent the first 13 years of his professional career with the Mets organization, signing with the team as a non-drafted free agent in 2006.

New York had the option to pick up the option but that meant Lagares would make $9.5 million next season. General manager Brodie Van Wagenen decided to part ways with the outfielder following his worst season at the plate.

Lagares batted .213 in 285 plate appearances. He ranked tenth on the team with 27 RBIs. The Dominican Republic native, however, did manage to tally his first career grand slam last season.

"I thank God for the opportunity to be here from 2006 to now," Lagares said, via MLB.com's Anthony DiComo. "It's sad. I understand that this is a business. I have to accept everything that happened and enjoy the time."

The 30-year-old was known for his defensive prowess throughout his time in Queens. In 2014, Lagares became the first Mets outfielder since Carlos Beltran to earn Gold Glove honors. He'd hoped to remain with the organization, but recognized the uncertainty that comes along with his contract.

“This is the only organization I have played for, since 2006, so I feel blessed to play for that long and it’s probably going to be sad,” Lagares told The New York Post's Mike Puma in September. “I hope I can stay here, but nobody knows.”

Joe Panik will become a free agent as well. He signed with the Mets in August following an extensive stint with the San Fransico Giants. Panik, along with Donnie Hart, declined an outright assignment to the minor leagues.