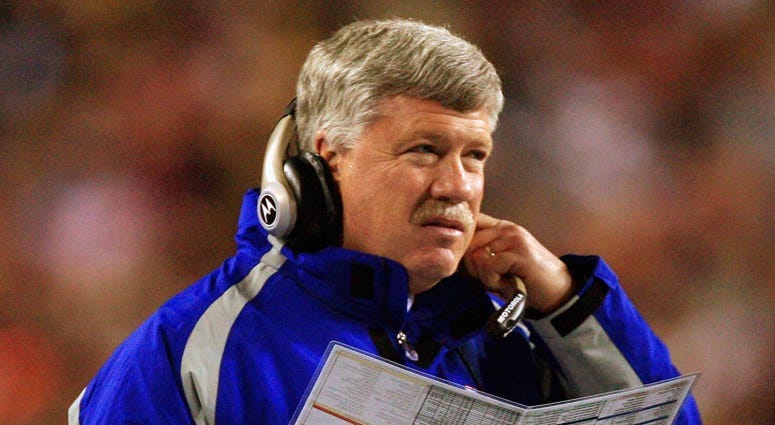 New York's XFL team doesn't have a name yet, but it apparently has a head coach.

According to Fox's Jay Glazer, former Giants offensive coordinator and ex-Chargers head coach Kevin Gilbride is expected to be hired.

Gilbride, 67, joined the Giants in 2004 as quarterbacks coach and was promoted to offensive coordinator in 2007, helping the team win two Super Bowls. The Connecticut native retired after the 2013 season.

The relaunched XFL is set to kick off in the spring of 2020. New York was one of eight cities awarded teams in December. It will play at MetLife Stadium in East Rutherford, New Jersey.

The other sites are Dallas, Houston, Los Angeles, St. Louis, Seattle, Tampa Bay and Washington. All eight teams are owned by the league.

The first attempt at the XFL flamed out after one season in 2001. It opened to impressive TV ratings, but audiences quickly tuned out a league that seemed too gimmicky -- TV cameras in the bathrooms, lascivious cheerleaders and jerseys that included self-chosen nicknames such as "He Hate Me."

Giants Stadium was home to the New York/New Jersey Hitmen of the original XFL.

Another spring football league, the Alliance of American Football, suspended operations earlier this month with two weeks remaining in its inaugural regular-season schedule.