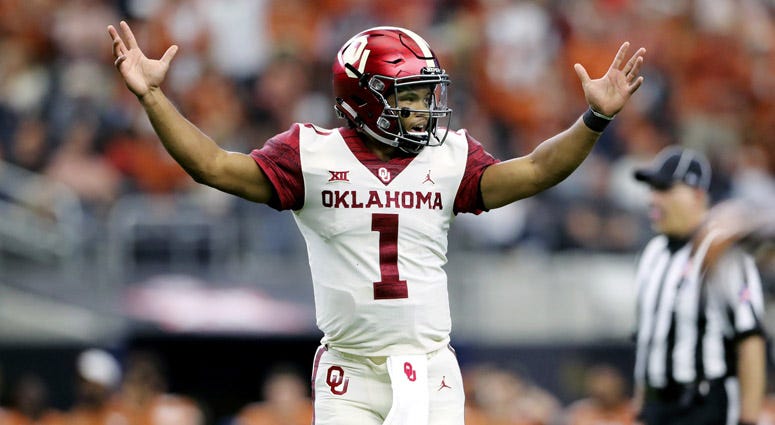 Being a two-sport professional athlete is incredibly difficult, which meant Kyler Murray had a decision to make.

Murray won the Heisman Trophy in 2018 with Oklahoma, but last year also saw him get selected ninth overall by the Oakland Athletics in the MLB draft. Murray had to choose between football and baseball, and he has now made that choice.

On Monday, Murray announced on Twitter that he is now fully committed to being an NFL quarterback.

This decision comes just a few days before Friday, when Murray was due to report to Athletics’ spring training. Oakland will undoubtedly be disappointed with his decision, but those feelings won’t be shared by a few NFL teams who may be looking for a new quarterback in April’s NFL draft.

The New York Giants are one of those teams that will likely take a quarterback in the first round. CBSSports.com ranks Ohio State’s Dwayne Haskins as the best QB prospect in the draft. Murray comes in on that list as the second best QB prospect, and the 23rd best prospect overall. New York picks sixth in the draft, so they could opt for Haskins at that position. Or, they could decide to trade down and select Murray.

They could also avoid selecting a quarterback entirely. Another year of 38-year-old Eli Manning could be on the cards, or maybe the team could go out and get an available quarterback like Philadelphia's Nick Foles.

Murray has his doubters. He had a tremendous year playing football at Oklahoma, but his listed height of 5 feet 10 inches is short for an average NFL QB. Shorter quarterbacks like Drew Brees and Russell Wilson have found success in the NFL despite their heights being seen as a weakness when they were being assessed before their respective NFL drafts.

Those height issues aren't as much of a problem for someone who played left field and shortstop on the baseball diamond, but that sporting career is on hold, at least for now.