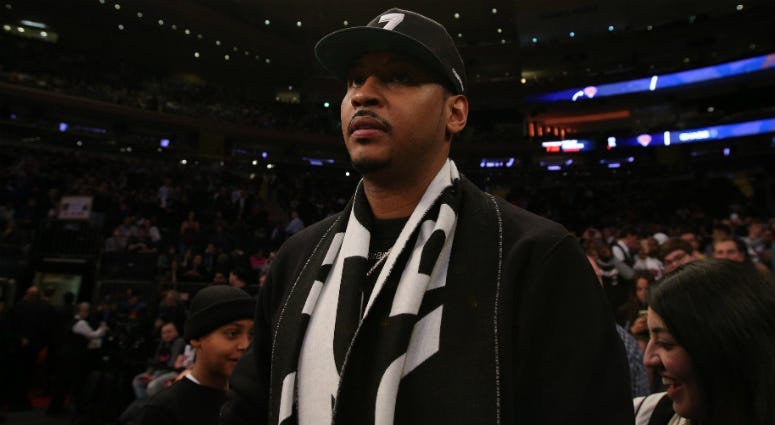 Carmelo Anthony isn’t retired, but he hasn’t played in an NBA game since November 11, 2018.

Anthony remains a free agent and is still apparently looking for a “farewell season,” similar to what Dwyane Wade just got in his final year in the NBA. According to a report from The Athletic’s Shams Charania, the Knicks might have been ready to give it to him had things gone differently this offseason.

New York reportedly planned to “consider” bringing Anthony back to town, if they had been able to sign two major free agents.

Everyone knows the story now. The Knicks had been hoping to sign two marquee free agents this summer, namely Kevin Durant and Kyrie Irving, although they did try for Kawhi Leonard too. Despite all they did to open up the space for two max players, Durant and Irving opted to sign with the Brooklyn Nets, and Kawhi Leonard went to the Los Angeles Clippers.

Anthony is friends with Durant and Irving, and would theoretically have been another veteran option on a Knicks team that would’ve been expected to contend. But now David Fizdale’s team will spend 2019-20 again focusing on building up their young talent for the future. Giving someone like Carmelo minutes would mean less playing time for the youth.

Charania reports that it is still unclear whether there is a future for Anthony in the NBA, even just for one final season. The Lakers have been mentioned as an option this summer, but Charania claims that is now unlikely.

There is certainly still some love for the 10-time All-Star at Madison Square Garden. Anthony received a standing ovation when he returned to the arena to watch the Knicks play Wade's Miami Heat in January.