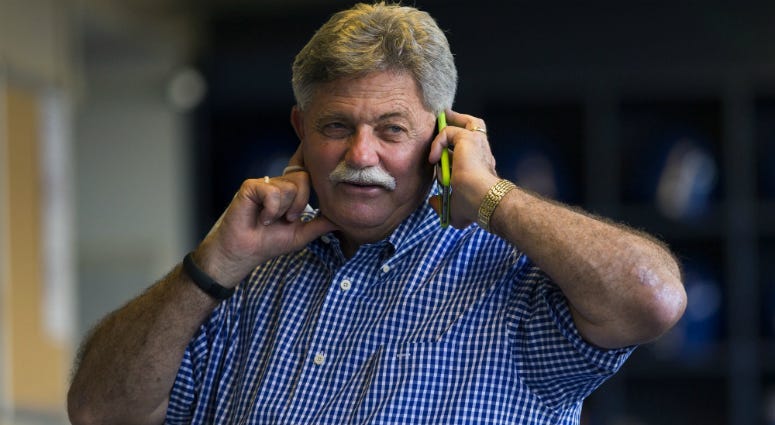 The 2018 MLB Playoffs are still raging, but most of the league’s teams have already turned their attention to 2019.

2018 wasn’t kind to the Mets. They missed the playoffs by quite a bit as they had issues both on and off the field, and now they're in the market for a new general manager. According to WFAN and Fancred’s Jon Heyman, Doug Melvin is the latest executive to be interviewed for the opening.

Doug Melvin interviewed with the mets today. here's a nice recap of how he built the brewers. @Haudricourt https://t.co/MXixci6puk

Melvin, 66, is currently the Milwaukee Brewers' president of baseball operations, but he was previously their general manager from 2002-2015. Before that he was the Texas Rangers GM, and even before that he was a minor league pitcher in the systems of the Yankees and the Pittsburgh Pirates. He was born in Ontario and was inducted into the Canadian Baseball Hall of Fame in 2012.

Milwaukee is currently in the National League Championship Series and also reached the NLCS under Melvin in 2011.

The Mets have reportedly already spoken to a half-dozen candidates for their GM vacancy. On Wednesday they interviewed Chaim Bloom of the Rays, and Indians GM Mike Chernoff is also a possible interviewee.

They have also spoken to or will speak with Cardinals executive Gary LaRocque, MLB executive Kim Ng, and Nationals special assistant DeJon Watson. Brewers assistant GM Matt Arnold has been linked to the Mets as well, MLB.com reported.

Next season seems like a long way away, but the team will want to have a general manager and a plan in place well before the league's winter meetings begin on December 9 in Las Vegas.

The Mets finished 77-85 this season, 13 games behind the NL East champion Atlanta Braves.