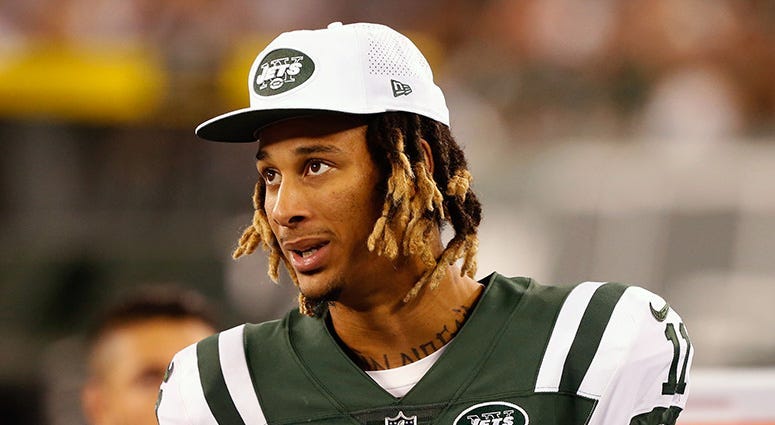 Jets wide receiver Robby Anderson finally addressed his offseason criminal charges on Wednesday for the first time, saying, "I did nothing wrong." Anderson's next hearing is set for July 19.

It's been a rocky offseason for the breakout Jets receiver. Anderson originally faced nine counts after a Jan. 19 incident in Sunrise, FL., where he was clocked driving 105 mph in a 45-mph zone and allegedly threatened to sexually assault a cop's wife. Eight of Anderson's nine charges were dropped, and his initial felony charge of eluding police with lights and sirens active was reduced to misdemeanor reckless driving.

“The situation I was in before, I didn’t do nothing wrong, the truth came out,” Anderson, 25, said at Jets minicamp. “I did nothing wrong, I was proven innocent, the charges were dropped.”

Anderson hopes to turn this into a positive.

“You know me, I’m not really a type of person that regrets things. I know, in life most of the time, everything happens for a reason, and when you go through things, it’s a lesson, and [you can] turn it to a blessing.”

Through all the troubles, Jets owner Christopher Johnson has continued to support Anderson.

“That means the world to me, you know, and it just motivates me more and I really owe them the world,” Anderson said. “That’s why I’m working hard and giving it my all, because I know they’re behind me through whatever.”

The third-year wideout said he does not expect to be suspended by the NFL for his recent troubles. The Jets have been hit with seven arrests overall in the past 13 months.