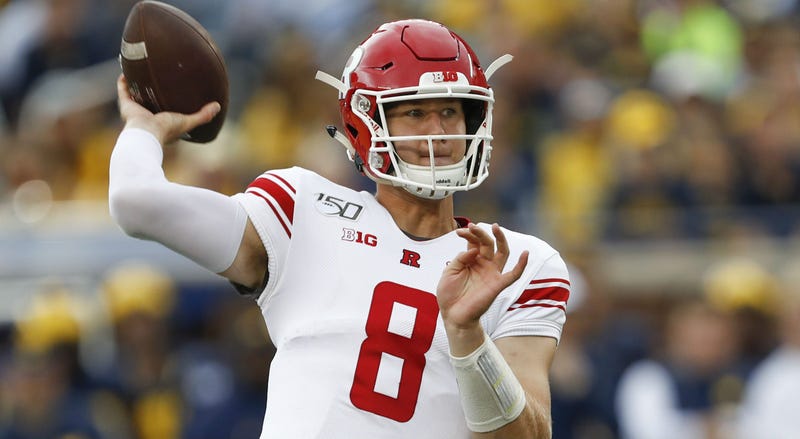 Rutgers failed to come to an agreement to bring former head coach Greg Schiano back to the program. With Rutgers' Board of Governors tasked to look elsewhere for a full-time replacement for Chris Ash, who was fired September, the university is facing the fallout from current and former members of the Scarlet Knights.

Quarterback Artur Sitkowski and wide receiver Daevon Robinson entered the NCAA's Transfer Portal, according to multiple reports. The pair's decision to part ways comes in wake of College Football insider Brett McMurphy's report that Schiano was no longer a candidate to become the team's next head coach.

Sitkowski appeared in three games before he elected to redshirt his sophomore season. He started the majority of his freshman year, where he recorded 1,158 passing yards and four touchdowns. Robinson caught six passes for a career-high 73 yards in 2019. Running back Elijah Barnwell previously addressed his future on social media, revealing he'd entered the transfer portal as well.

The Scarlet Knights are 3-20 since 2018 and Schiano was looked upon to be the coach to rejuvenate the program. Rutgers, however, wouldn't meet Schiano's list of demands, which included the unlimited use of a private jet, according to NJ.com's Ted Sherman.

Former Rutgers player Eric LeGrand was "disappointed and embarrassed" for the way the program mishandled the situation. He voiced his frustrations with the school on social media.

Yesterday’s actions leave me Disappointed and Embarrassed. I try to represent Rutgers with the most respect I possibly can. To see how this situation was handled makes me sick. The words I preach come from the man who they said wasn’t “All-In” HAAA what a joke #KeepChoppin

Doug Dolan, one of Rutgers' notable boosters, expressed the same sentiment. According to NJ.com's Keith Sargeant, Dolan said he's giving up his tickets, "giving up all my giving and I’m taking Rutgers out of my will."

There's little indication that Sitkowski's decision to transfer is associated with Rutgers' decision not to hire Schiano. Offensive standout Raheem Blackshear also used his redshirt in 2019 and could potentially enter the transfer portal as well.

Rutgers has various options to lead the Scarlet Knights in 2020.